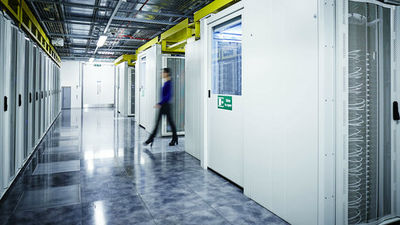 Deep Mind , a British artificial intelligence development company acquired by Google in 2010, succeeded in reducing Google's data center cooling efficiency by 40% by using AI in 2016. After that, Google and Deep Mind, which have continued to improve the cooling system of the data center in cooperation, said that "AI has completely controlled AI and introduced a cooling system that does not require human hands, succeeded in reducing the power by 30%" Has been announced.

The data center is a facility where a server for internet and data communication system etc. are installed and operated. The bigger the IT company like Google, the more data centers that we possess will become larger. In particular, Google has a server for providing popular services such as Google search, Gmail, YouTube and so on in the data center that Google has, and it is necessary to operate reliably and efficiently.

Because the server emits heat, the data center must be cooled in order to continue to provide stable service, but its cooling costs increase as the size of the data center grows. Of course, a reliable and safe method should be taken in order to prevent the service center from cooling the data center, but at the same time, by improving the cooling system, it is expected to reduce costs and carbon dioxide emissions, so Google DeepMind has developed a cooling system that is compatible with both safety and high efficiency.

The cooling system that uses AI released by Google and Deep Mind in 2016 is "to predict the temperature of the data center one hour after AI models the data center usage situation and propose appropriate measures" was. The system trained by the large amount of data was able to achieve efficiency of 40% as compared with the operation based on the experience of the conventional administrator. However, with this method, AI merely instructs, the actual control needs to be performed by human operators, it seems that it was hard to follow precisely the instructions of AI. 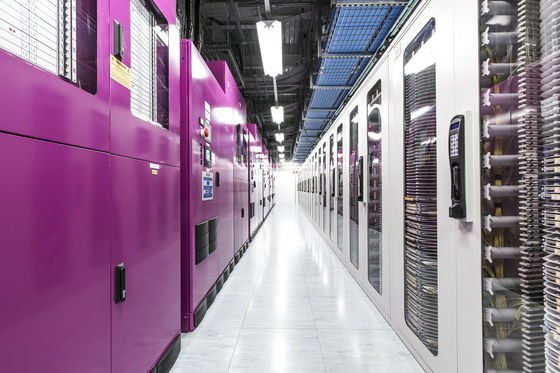 AI is designed to prioritize the safe operation of data centers over the top, and we are automatically excluding actions that are not reliable. Also, rather than reflecting the results of AI spilling on the cooling system as it is, it seems to be checked against the safety constraint list inside the data center system once defined by the data center operator. So if you can confirm that it really is okay to carry out the cooling action, AI can finally move the cooling system.

The AI ​​controlled cooling system leaves room for data center operators to intervene in the control of the AI ​​due to the redundancy once passed to the local system. In addition, it is said that Google has taken many safety measures, such as returning to control by AI quickly and returning to human control, or automatically switching to another system due to failover when a problem occurs in AI's system I am talking. Since around August 2017, Google introduced a new AI control cooling system, and from the beginning, it was about 12% more efficient than the conventional method. As the operation continues, AI himself accumulates new data and promotes the efficiency of the cooling system, and as of July 2018, it succeeded in improving the efficiency by about 30% compared with the conventional method It is. According to Google and DeepMind, we will continue to increase data on the cooling system steadily, so we can achieve further efficiency. 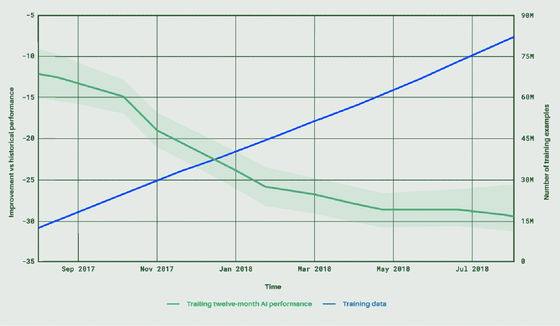