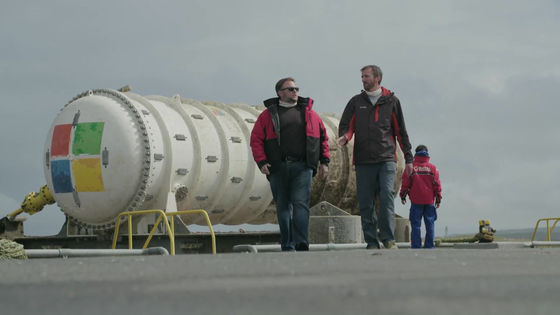 In 2018, as part of Project Natick, Microsoft sank a data center 117 feet below the ocean floor in Scotland. The data center consists of 864 servers, and the total storage capacity is said to have reached 27.6 petabytes.

Microsoft is releasing a video of a webcam installed in a 27.6 petabyte submarine data center --GIGAZINE 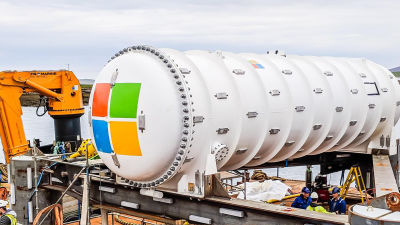 You can check the appearance of the data center submerged in the sea by Project Natick in the following movie.

In the first step of the experiment, we needed to keep the submerged container out of the water and allow the computer to operate in it. 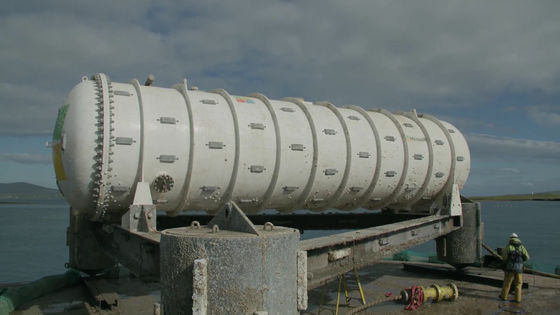 Microsoft logo on the container 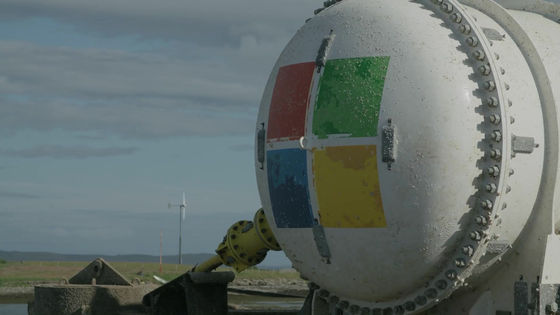 On land, data centers face multiple problems, such as oxygen and humidity corrosion and temperature changes. However, a watertight environment with strict temperature control can make the problem much less. Below is a picture of a data center that was actually submerged in the sea. 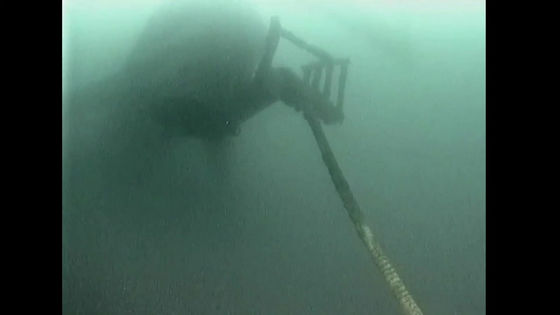 Data center lifted from the sea 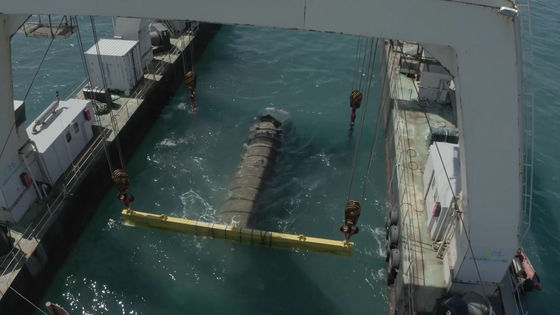 Microsoft pointed out that it is possible to easily deploy a data center that sinks to the seabed, such as the one used in this experiment, in large and small sizes along the coast. It also says that this type of data center will be able to provide better local access to cloud-based resources in more regions. 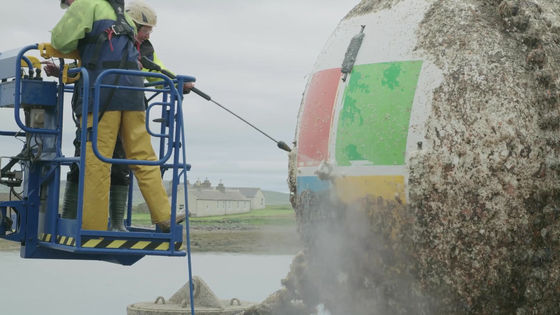