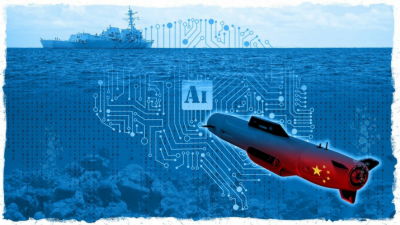 Researchers engaged in research on artificial intelligence (AI) in China revealed that the Chinese military is developing " unmanned AI submarine " capable of performing a wide range of tasks from reconnaissance to understanding of mine placement and bombing to enemy ship It is.

The unmanned AI submarine under development by the Chinese army is scheduled to be deployed in the early 2020s, and although it is not intended to completely replace manned submarines aboard, the western It is said that development is progressing to transcend the submarine systems established by the countries.

Mr. Lin Yang, who is the director of the maritime technical equipment department at the Chinese Academy of Sciences , who is at the forefront of submarine development in China, said in the past he led the development of "an unmanned submarine capable of docking over the first 6 km of China." Mr. Yang is also the lead scientist of the 921 project and is developing to unveil unmanned AI submarines in 2021 when the Chinese Communist Party celebrates its 100th anniversary. In fact, towards the Chinese media, "Yes, we are developing the" Extra Large Unmanned Undersea Vehicle "(XLUUV)". 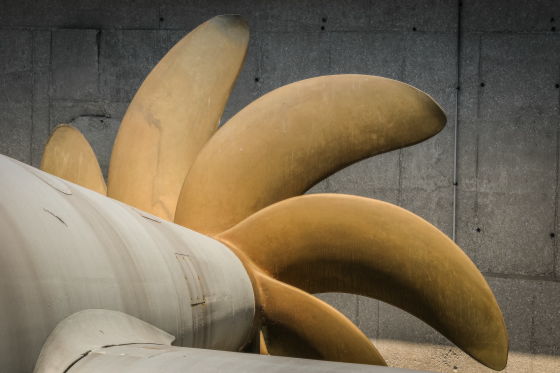 Mr. Yang told the 921 project "countermeasures for similar weapons under development in the US" and refuses to reveal technical specifications.

In addition, the United States said that by 2020 the contract to develop two prototypes of XLUUV with a major manufacturer in 2017. One such development XLUUV is "Lockheed Martin's" Orca ". In addition, Boeing is developing an autonomous submarine " Echo Voyager " with a total length of 15 meters, a diameter of over 2.6 meters and a weight of 50 tons, which is enough to sail from San Francisco to Shanghai a distance of 12,000 km Navigation is possible.

In Russia it is reported that the development of large-scale unmanned submarine capable of carrying nuclear weapons is underway, and the torpedo system called "marine multipurpose status 6 system" is "destroying the main economic facilities of the enemy's coastal area , It will cause catastrophic damage to the territory of enemy countries by making radiation contamination extensive and making it unusable for military affairs, economy and other activities for a long time ". 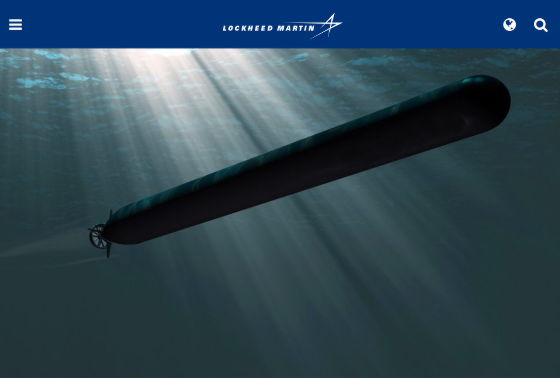 The development cost of the Ohio-class nuclear submarines developed by the US Navy in the 1990s amounted to more than 2 billion dollars (about 220 billion yen), researching and developing the state-of-the-art Columbia-class nuclear submarines to build 12 ships The cost is over $ 120 billion (about 13.3 trillion yen). On the other hand, Orca under development by Lockheed Martin is obvious that the project's overall budget is about 40 million dollars (about 4.4 billion yen), which lowers development costs.

Mr. Yang says, "Because there is no soul in AI, it is perfect for this type of work," said Mr. Yang, assuming that an unmanned nuclear submarine operated by AI can also make special attacks by body fitness. 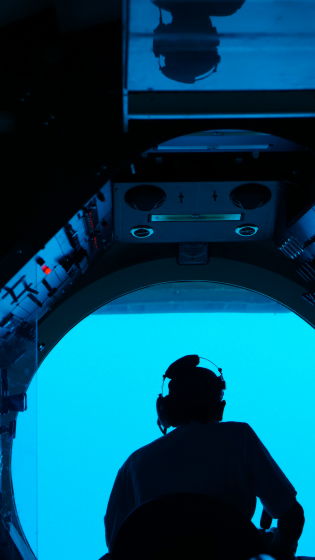 Professor Luo Yuesheng, teaching about automation at the Harbin Institute of Technology involved in the development of China's unmanned AI submarine, said the unmanned AI submarine trained to familiarize himself with a certain water area would be a dreadful threat for the AI ​​submarine system I will. However, Professor Yuesheng also points out that the development of the AI ​​submarine is still in the early stages, he says he needs to go beyond many technical and engineering hurdles. For example, in the hardware installed, a repair unit that can repair broken engines, repair pipe leaks, and tighten the screws is indispensable.

Therefore, even if an unmanned submarine is developed, Professor Yuesheng predicts that its use will be limited to "specific relatively simple mission", "I do not think that AI will replace humans. Because the situation inside is very sophisticated, I do not think robots can understand and respond to all the challenges. "