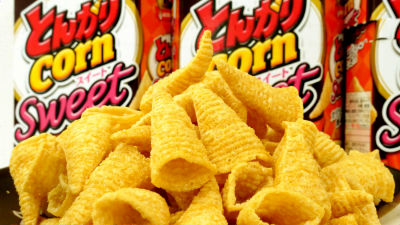 From January 13, 2018 (Monday), House food has appeared from the house food since August 13, 2018 " Sweet corn sweet salt caramel taste (with lactic acid bacteria) " with a bitter rich caramel flavor and slightly salty taste . Since "Salt caramel goes well with tongs and corn, and is lactic acid bacteria ...?"? Because it was various doubts, I tried to check what kind of taste it actually eats.

This is the package of "Tonari Corn Sweet Salt Caramel Flavor (with Lactic Acid Bacteria)". The shape of the box is the same as normal, but it contains a large "Sweet" character. The Tonari Corn is a mixture of lactic acid bacteria " L-137 " which house foods have been studying for many years by 10 billion per box. Living lactic acid bacteria break down with digestive juice and the ability to keep increasing and decreasing, but L-137 will power up by heat treatment, so it will reach the intestine with strong defense power. Raw material names include cornrits , vegetable oils, salt caramel seasoning and so on. I tried arranging salty caramel taste and normal salty taste of normal. The design has a calmer taste slightly calmer and has a fashionable atmosphere, but the size and shape of the box are almost the same. So, I tried out the salt caramel flavor from the bag. At the moment of opening, the room was surrounded by the scent of sweet caramel popcorn, "I think that it is a movie theater ......?" Thinking about it, because the composition is the same with caramel & corn, the reason is passed. Although it looks the same as normal corrugated corn, it seems that when you eat it, the sweetness of seasoning spreading at the moment you touch the tongue is the flavor itself of caramel popcorn. However, from the moment when it crisply burns a corn flavor is born, and the caramel popcorn turns into a corn as it gets caught crooked. Tonari Corn was originally salty, so the sweetness was on the front with the impression that "Tankari Corn & Caramel Taste" rather than "Salt Caramel Taste". There is lactic acid bacteria, but I do not feel acidic especially. 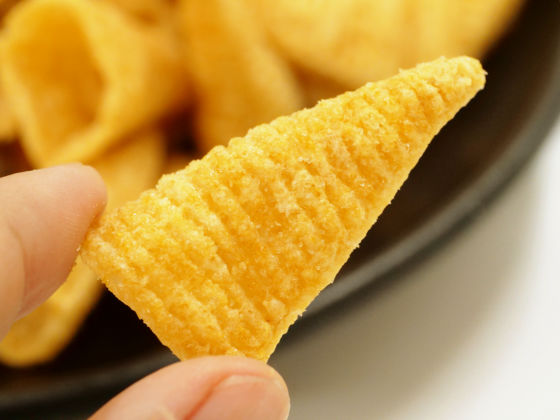 Even when looking at the two conchons, the look is the same. Salt After eating salty taste after caramel taste, I am surprised at its simplicity. I will enter an infinite loop with two kinds of sweet & salty, but it seemed good for accompanying the movie we see at home. 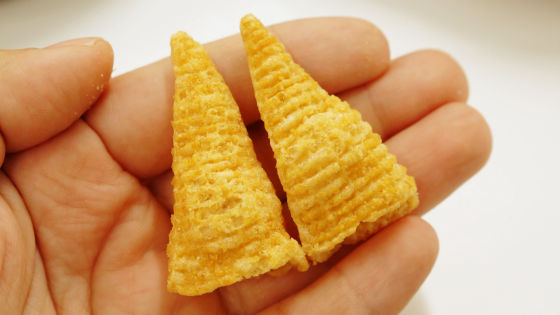 Before eating, it was skeptical that "Salt caramel goes to tongs and corn, and is lactic acid bacteria ...?"? However, it seems to be fused with the sweet caramel flavor and saltiness, the spicyness of corn is good It was. The price is open price.