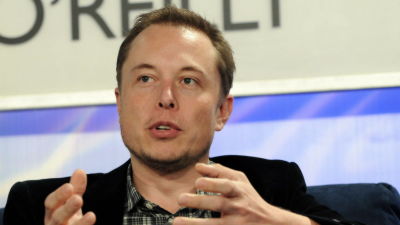 Electric car maker · Tesla 's CEO Eulon · Mask revealed on his Twitter that "It is planned to privatize Tesla's shares", a class action lawsuit was filed as a violation of securities laws by investors .

The beginning of that was that we tweeted on Monday, August 7, 2018, that Mask CEO is considering "Tesla shares will be unpublished at $ 420 per share (about 46,000 yen) on their own Twitter account" was.


In addition, "Shareholders can sell for 420 dollars per share or can keep it private while holding shares," the tweet said.

A short seller is a term that refers to an investor who profits by renting shares that are deemed to be traded at a high price from another borrowed and then buying back again at a low price. When Mr. Mask tweeted on August 7, Tesla's stock price was 13% higher than the closing price of the previous day. As a result, many short sellers have been lost, and the plaintiffs assert that Mr. Mask is planning to "privatize shares" aiming at this. Mr. Isaacs said that he bought more than 3000 Tesla shares to cover short selling.

Although the plaintiffs have tweeted that Mr. Mask has prepared funds for repurchasing shares, they are requesting that evidence be presented, but Mr. Mask has not yet submitted evidence at the time of writing the article. Ars Technica of overseas media said, "By paying millions of dollars to plaintiffs' lawyers, we can resolve litigation with a relatively modest amount, but as the case gets bigger, plaintiffs There is a possibility that the side may ask for huge amount of damages ".