What does 'manipulating opponent' mean? 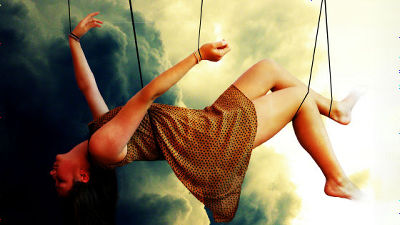 by Send me adrift.

Thinking that "manipulating people" is a bad thing so that the remark "You try to manipulate" is criticism for your opponent. So, Robert Noggle, professor of philosophy at the University of Central Michigan, talks about why manipulation is considered a bad thing and how to distinguish between 'manipulating others'.

How to tell the difference between persuasion and manipulation | Aeon Ideas
https://aeon.co/ideas/how-to-tell-the-difference-between-persuasion-and-manipulation

One example of manipulating others is psychological abuse called " gas lighting ". The word gas lighting comes from the movie " gas lamp ". Gas light is a story of a certain couple, my husband spiritually points out to his wife, saying "forgetfulness or stolenness stand out" and so my wife will doubt his own sanity.

Also, advertisements that make audiences believe that ads that tie Marlboro to "Marlboro Man" that looks like a cowboy, and ads that say fried chicken says it is good for the body are also It makes it one. These advertisements manipulate opponent's actions by overlapping lies with emotions such as desires and fears that people have.

Common to gas lighting and advertising is that "people who are manipulated are hurt". A wife who was operated by a gas lamp thought that what he pointed out was a "failure", had a feeling of guilt and tried to obtain permission of her husband for anything so that her husband could do what he wanted I will. Also, keeping tobacco and fried chicken on ingestion may cause harm to your health. However, "manipulating others" does not necessarily hurt people.

For example, a woman was abused by her husband. The woman escapes from her husband but afterwards he thinks "let's return to her husband." In order to protect this woman, in fact the husband is not cheating etc., in spite of her lady's friend telling a lie that "your husband is cheating" It will be "manipulated" to hold anger against you. However, some people may think that this friend's behavior should not be criticized as "manipulating others".

If "a person hurting" does not necessarily become a criterion of "operation", the next thing to think about is "to handle others with immoral methods" is not a problem. Immanuel Kant argued, "A person must treat a person as a reasonable existence, not a person like a thing." With Kant's idea, the only appropriate way to influence others is in "reasonable persuasion". In other words, if you influence others by reasonable persuasion, it is "immoral". However, according to this idea, many actions based on kindness are condemned to be immoral and will be regarded as "operation".

When thinking about gas lighting again, the husband of the operation side knows that the wife is not able to make a correct judgment oneself. On the other hand, it can not be said that it is "operation" to advise a friend who was angry about "Do not decide promptly, it is better to decide after calming down". It can be said that the husband who abuses "is operating" in that it makes the wife feel guilty about "doubting the husband" in trying to impart a misguided guilt. However, making guilty a feeling of guilty about abandoning a friend who needs help is not likely to be judged as "operating". From this we can say that the operation deprives people from the ability to do "correct judgment". Whether the behavior of a person is not an operation or an operation is said to be "the intention to mislead the judgment of the other person about what the other thinks, feeling."

People often sensitize someone other than 'rational persuasion' that Kant says. "Operation" is also one of sensitization, Noggle said that whether or not a person's behavior is an operation is "whether or not to allow other people to make their own decision." In other words, in order to judge whether someone's action is an operation or not, it is necessary to pay attention to what kind of intention the person intends to sensitize.