Current situation that many college students can not eat satisfactorily 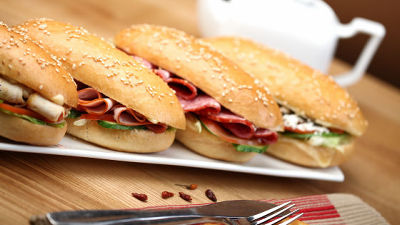 In the United States it is difficult to imagine the situation that "Students attending a four-year college has not enough meals", it is easy to think that such students are mostly in vocational school students. However, studies have shown that among students who attend public and private universities of the four-year system in recent years, there are an increasing number of people who have not eaten enough. 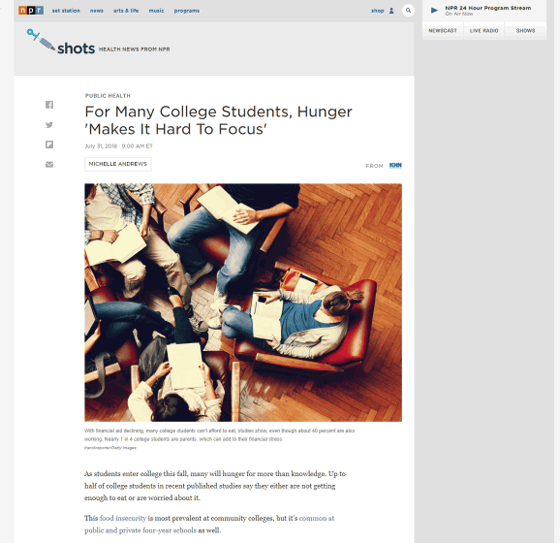 According to Associate Professor Katharine Broton of the University of Iowa, the image that "students attending a four-year university do not have meals" is based on misunderstandings for today's students. Today's college students are "without having to do the job, go to college four-year full-time," but is often believed that, in fact, many students who deviate from such a stereotype, (PDF file) investigation college students in It is also shown that one out of every four people is someone's parent. Associate Professor Broton says, "Many students are working and they have received financial assistance, but the survey finds out that they are having trouble with what to eat," the university tuition fee is rising Therefore, we are revealing the current situation that we can not make it in time even if we receive financial assistance.

In the survey (PDF file) from 2017 to 2018, even if grant aid and tax incentives are taken into consideration, full-time students attending a four-year university average an average of $ 14,440 per year It is necessary to pay tuition fee · tuition fee of 1.7 million yen).

Researchers are ringing alarm bells against such a situation, and some people launch a program to support students. Rachel Sumekh who launched " Swipe Out Hunger " when he was a student at the University of California, Los Angeles, is one of them and, when not eating meals provided at the university's dorm, eating meals to someone else I made a mechanism to get it. There are 48 schools in the United States already participating in this program, and in particular, participating universities have dramatically increased in 2017. Some of the students are too hungry to concentrate on study, and there are reports that the GPA has been upgraded by using Swipe Out Hunger to eat meals. According to a survey by University of California, Berkeley participating in Swipe Out Hunger, 38% of university students and 23% of graduate students said they faced a food crisis somewhere in their school days. Especially, students who have low parent income and students who recognize themselves as LGBTQ, first-year college students seem to be at high risk. In response to this situation California also has CalFresh supplemental nutrition support program (SNAP) and a support program to conduct food stamping , and it is considered important to have students register with CalFresh.

Generally, in federal regulations, it is necessary to work more than 20 hours a week to use SNAP. However, as there is flexibility in what to consider as employment or training program, students who participate in a specific educational program can be considered "eligible for CalFresh".

On the other hand, another food aid program that teaches students how to cook for students who were not considered qualified to be supported by CalFresh is prepared, and they taught about proper meal, cooking and food buying method for 15 weeks There seems to be a course of nutrition science.