In order to resolve the problem, it was found that 'aggressive arbitrator' is more efficient, however, there are subsequent adverse effects 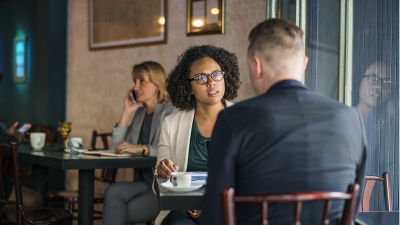 There are various negotiations in the world such as family friends and labor disputes that companies and employees make about employment relations. Studies have revealed that it is actually an arbitrator who shows aggressive attitude in moderating the conflict between them and bringing them into solution at such a time. Why Hostility Can Bring People Closer Together - Scientific American
https://www.scientificamerican.com/article/why-hostility-can-bring-people-closer-together/

This research was conducted by research teams such as Professor Francesca Gino of Harvard Business School . We investigate how artificially the nature of arbitrators is artificially determined how the attitude of arbitrators taking over the mediation of the two groups in which conflicts occur affects the result of negotiations.

In the experiment, 246 cooperators were divided into "arbitrator" and "party to negotiations" at a ratio of 1: 2 and gave each role. And we made 79 pairs of one arbitrator and two negotiating parties to recreate the situation before resolving the conflict. The negotiating parties are instructed to set their own situations in advance and instructions are given to resolve disputes existing with the other negotiating parties. And the mediator is instructed by the research team to play either "aggressive arbiter" or "gentle arbiter". 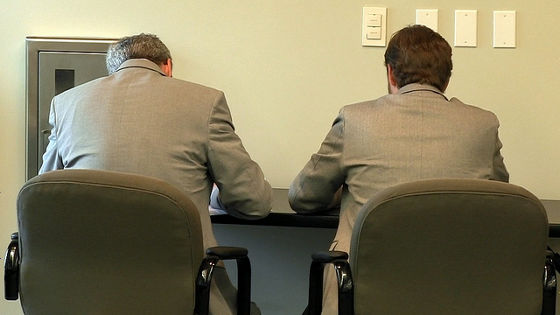 Before negotiations began, the mediator sent messages to the two negotiating parties based on instructions given by the research team. At this time, an aggressive arbiter tells the negotiating parties, for example, "You guys have completely wasted my time in vain.When you think that it will not be heard any more about your problems, I am feeling that my shoulder load has come down. " One gentle arbiter sends you a message indicating the understanding that "Thank you for letting us know your opinion, I hope that this negotiation is useful for you two people." I will.

Analysis of the results of the 79 negotiations carried out under these circumstances revealed that the agreement could be reached by 85% of the total in aggressive arbitrator groups . In the case of a group with one gentle arbitrator, it became clear that the percentage of reached agreement was obviously as low as 59%. However, the research team also points out that this should not be regarded as "an aggressive arbitrator is more suitable for negotiations". Psychology studies conducted in the past have revealed that there is a downside cost due to showing offensive attitudes and even if an aggressive arbitrator to lead negotiations to an agreement Although it is suitable, it does not necessarily have a beneficial effect in guiding the organization. The fact that someone is targeted by an aggressive act or blocked from a group will have the effect that the performance of that person's work will decline and the effect that the psychology trying to help each other in the whole organization will weaken will be born in the past It is clarified by research of.

From the results of this time it can be said that "the collective power of people gets stronger when common enemies are present", but even if it shows a temporary effect, the result that results It seems to be certain that on the other hand it is not necessarily superior.