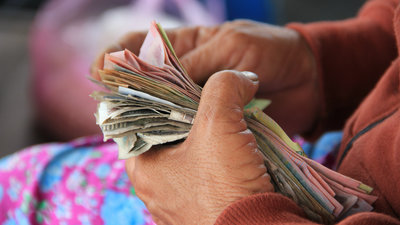 Between 1985 and 2018, the corporate tax rate decreased from 49% to 24% on a global scale. This seems to be a measure in hopes that companies invest the money in the floating amount to facilities and employees, but in fact, in multinational corporations, using a country with a lower corporate tax rate to avoid tax avoidance It is pointed out that it does not lead to the interests of the country because it is done.

For tax havens used for the purpose of avoiding taxation, the hidden assets of large corporations are pointed out in " Panama document " in 2016 and " paradise document in 2017" respectively. According to Mr. Trislov's survey, 40% of the profits raised by multinational companies in 2015 before the document was released were artificially transferred to tax havens.

Truslov et al. Found that when these tax avoidance was done, "wage ratio to taxable profit" became strange. An example of that is visualized in the graph below. What is indicated on the vertical axis is "wage ratio to taxable profit", the light color refers to foreign companies, and the dark color refers to domestic companies. In general, in domestic companies this figure falls within 30% to 40%, and foreign companies in countries other than Tax Haven do not increase much. However, as it is used as a tax haven, the figure grows larger, so it ranges from 800% in overseas companies in Ireland and over 1600% in Puerto Rico. 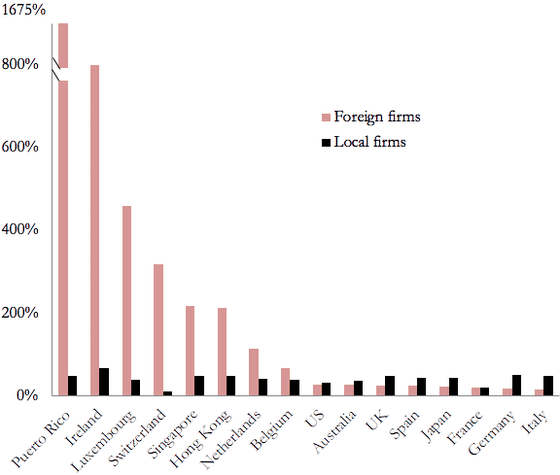 In the case of the EU, corporate tax revenue is about 20% impaired by companies avoiding taxes.