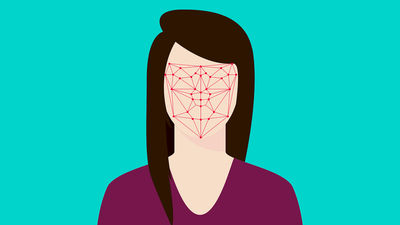 When the American Association for Freedom of Human Rights (ACLU) used Amazon 's Face Recognition API " Amazon Rekognition " to collate Congress' face photos against criminal' s face photograph database, " 28 lawmakers are criminals It was erroneously recognized as " It was misrecognized ." In response to this result, ACLU has again expressed concern about introducing face recognition technology to police and law enforcement agencies.

The application of face recognition technology that "find the criminal in the crowd by matching the face appearing in the video of the surveillance camera with the face photograph database of the criminal" is being introduced by the police of various countries. For example, Amazon has been found to have sold its in-house face recognition technology "Amazon Rekognition" to at least two state law enforcement agencies in the United States and to body camera manufacturers for police.

ACLU tested to confirm the accuracy of Amazon Rekognition that it was actually delivered to a law enforcement agency. Using face photographs of criminals consisting of 25,000 images, we built a face database and search tool at Amazon Rekognition and compared it with the public photos of all the members of the House of Representatives of the Congress It was. As a result of the test, it was reported that 28 lawmakers agreed with the face of the criminal. In particular, ACLU reports that 11 out of 28 members who misrecognized Amazon Rekognition were colored people, about 40%. ACLU points out that colored races are more likely to be misidentified than Caucasian, given the data that the percentage of Congressional colleagues is about 20%. Congressional Black Caucus (CBC), a member of the Congressional colonists' members, gathered in May 2018 to Amazon's Jeff Bezos "face recognition may produce unintended consequences for black people "We should stop selling Rekognition to law enforcement agencies," ACLU argued that it resulted in support for concerns of CBC. The result of this test using the face photograph of the Congressman is great, and three members have already signed an open letter to CEO Jeff Bezos (PDF) .