First of all, AFR analyzes the photograph of the suspect in the police database with software and creates mapping data of the size and position of parts of the face such as eyes, nose, mouth etc. After that, each face of many people shown on the surveillance camera is scanned and checked against mapping data, and if they match, it is reported to police officers on site. The police officer compares the suspect photograph with the person concerned on the spot and issues a job question.

In fact, in China, we have succeeded in identifying and arresting the wanted burglar in the face recognition system at the concert venue with a similar system. 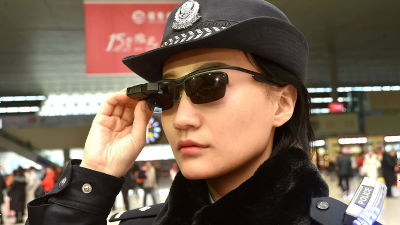 However, AFR seems not functioning well in the UK, and when we used AFR in the final of the 2017 UEFA Champions League, it turned out that more than 2000 people were misunderstood as a suspect. In addition, AFR was used at various events, but it was said that recognition rate was low.

It turned out that more than 2,000 football fans were erroneously judged as suspects of crime by face recognition system using surveillance camera - GIGAZINE 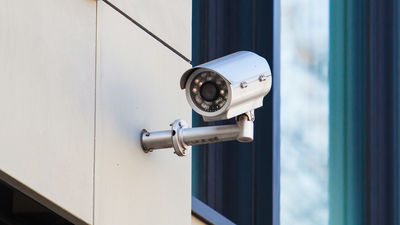 The South Wales State Police, which actually adopts AFR, will not arrest the judgment of AFR as it is, because police officers who received a report from AFR will ask questions of duties, misidentified arrests will so far I insist that it is not. In addition, the South Wales State Police Department said, "The recognition performance of AFR is bad is that the image quality of the suspect photographs used in the database was too bad and the analysis was not done correctly," and will continue to use AFR I showed the policy to go.

The police argue that clear evidence should be presented showing the usefulness of AFR. In addition, 19 million face photographs are registered in the police database, which is the main component of AFR, but it is unclear whether the photographs of the database are properly operated because legal maintenance is not properly done in the UK "Says ICO. In addition, ICO's Elizabeth Denham has appealed the police to stop using facial recognition technology and said, "If concerns about facial recognition technology are not solved, we will consider litigation in order to protect public's privacy appropriately "I say.

In addition, a British civic group "Big Brother Watch" who disagrees with the installation policy of surveillance cameras requested disclosure of information to all British police organizations. As a result, in addition to the South Wales State Police, I acknowledged that the London Metropolitan Police Department and Leicestershire Police Department were experimentally introducing AFR. The Leicestershire police said that they tested AFR in 2015, but he said that they are not using it anymore in 2018. In addition, the London Metropolitan Police Department said in an interview with BBC, "To protect a wide range of people and to make sure that the police can search for criminals in a massive case investigation, use AFR experimentally There is comment. In response to the BBC interview, the British Interior Ministry commented that a new biometric recognition strategy will be announced in June 2018 and stated that "we will continue to support the police to respond to changes in crime activity and new demands" I will.