It was obvious that the bread had already been baked before 10,400 years ago 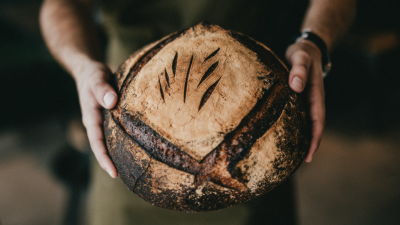 Bread, which is one of the world's most consumed foods in modern times, is rarely known for its origins, as opposed to its popularity. According to the research paper published on the bulletin of the American Academy of Sciences on July 16, 2018, it is 4000 years ago that it is thought that agriculture has come to be carried out, about 14,400 years ago from now It has become clear that bread already existed.

Scientists Have Discovered The Earliest Evidence of Bread, And It's Much Older Than We Expected
https://www.sciencealert.com/researchers-have-found-crumbs-of-evidence-from-the-world-s-first-bread

Amaia Arranz Otaegui of the University of Copenhagen who engaged in the research said, "Bread is not produced by a complicated society established and shows that it was the time of the Old Stone Age hunter gathering era," bread He said that it was revealed that agricultural society did not produce it.

Mr. Otaegui says that it is not clear whether the building where the trace of bread was found was a residence or what was used for ceremonial purposes. Otaegui et al. Studied the sediments of the fireplace, but they noticed that the samples found were not seeds, nuts, and burnt trees, they said they looked like bread crumbs accumulated at the bottom of the toaster. Radiocarbon dating of this sediment revealed it to be about 14,400 years ago.

The research team seems to have done an experiment of making bread dough from wheat flour using the technology of Natuff culture , "The main criteria for discrimination of bread is its porous texture.In case of food like rice porridge The grain remained, but something found was not visible in the sediment found, "Otaegui says.

The sediment found is predicted to be closer to pita than general bread, and it is pointed out that it was " uncut bread" like Mazzo and tortilla . 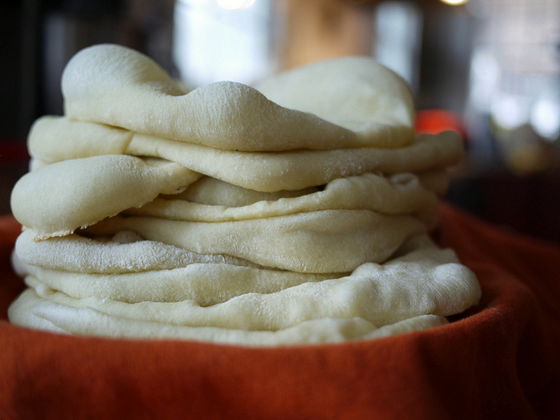 The research team knew that hunter-gatherers who lived in Jordan for a long time knew that they could crush and burn the food, "Breads found in Shubayqa 1 are those that hunter gatherers" crush the food It was the first discovery to show that I was baking ".

It is speculated that people of Natuff culture had collected wild wheat and barley, and it is clear that breadcrumbs in sediments use oats by analysis of starch. At the same time, it is also clear that the people of those days had crushed tubers called "club rush" in bread. According to Mr. Otaegui, the tubers contain much sugar and have salty taste. In addition, when actually making the bread while reproducing the technology at the time, it seems that succeeded in successfully pulverizing the tubers into powder.

Bread that can be easily made with a small amount of material such as water, wheat flour, and dry yeast is a food that can be easily made and has high nutritional value. Mr. Dorian Fuller, an ancient botanist at University College London, insisted that there was a doubt that "Domestication occurred due to the necessity of calories" as a result of this discovery, It suggests that it is possible to discover a single stone as to not only how it is established but also how human beings have changed the form of life.