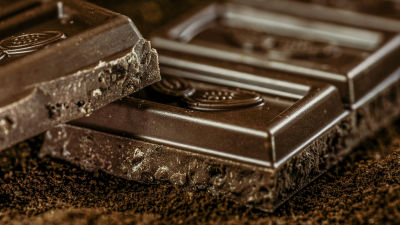 Chocolate made by fermenting and roasting cocoa seeds is a food that is loved all over the world, but it has been thought that the origin of cacao is Central America. However, from a new genetic analysis, research results have been announced that South America was native and its origin was older than the theory for more than 1500 years.

The use and domestication of Theobroma cacao during the mid-Holocene in the upper Amazon | Nature Ecology & Evolution
https://www.nature.com/articles/s41559-018-0697-x

Chocolate has an even earlier origin than than though thought, new study finds | Ars Technica
https://arstechnica.com/science/2018/10/chocolate-has-an-even-earlier-origin-than-we-thought-new-study-finds/

Until now, chocolate was started to be made in Central America around 2000 BC, and it has been thought that it has spread to the world after that. However, in Ecuador and Peru in South America, there are cultures that have long been cacao trees and leaves medicinal, cacao seed fermented alcohol drinking, and old cages with cacao shells drilled are excavated Although there was a theory that chocolate was originated from South America, there was no scientific evidence to support this.

Dr. Michael Blake's research team at the University of British Columbia analyzed pottery excavated from the Santa Ana-La Florida ruins of Mayo-Chinchipe in Ecuador in 2002. The pottery itself is presumed to be more than 5000 years ago from radiocarbon dating. Researchers first looked for traces of starch found in most plant tissues including cacao. After that, we succeeded in identifying DNA fragments of the original species of cocoa called "Theobroma · cacao" by genetic analysis of the trace.

In addition, researchers found traces of the compound DNA found only in cultivars, not found in wild varieties called " theobromine " among the chemical compounds contained in cacao. In other words, it turned out that cacao was cultivated in South America 5000 years ago. According to Dr. Blake, it is said that the cultivation of cacao in Ecuador started at least 1500 years earlier than the origin of cacao so far. Dr. Blake says that Cacao, which was mainly used as a drink in South America, is likely to spread northwards, such as Colombia.