Prehistoric mankind had a hunting and

The Kesem Cave near Tel Aviv in Israel is known as the cave where early humans lived between 400,000 and 200,000 years ago. A research team at Tel Aviv University , which is investigating a cave in collaboration with a Spanish researcher, focused on traces of animal bone marrow consumed as food in the Kesem cave.

“The bone marrow is an important nutrient source and has long been a focus of attention in prehistoric diets,” said Ran Barkai, a research team. Previous studies have found evidence that when prehistoric people hunted animals, they consumed not only meat and fat but also the bone marrow that had broken the bones.

Although traces of animal bone marrow consumption were also left in the Kesem cave, analysis of animal bones broken to eat bone marrow revealed that after a considerable amount of time had passed since hunting, There was a bone that seemed to have been. Jordi Rosell, a professor at Lovira y Birgil, who participated in the study, said, “In the deer bones found in the cave, the traces of breaking bones to eat bone marrow are fresh skin. I found that there was something that does n’t match what happened when I peeled off and broke the bone. ” 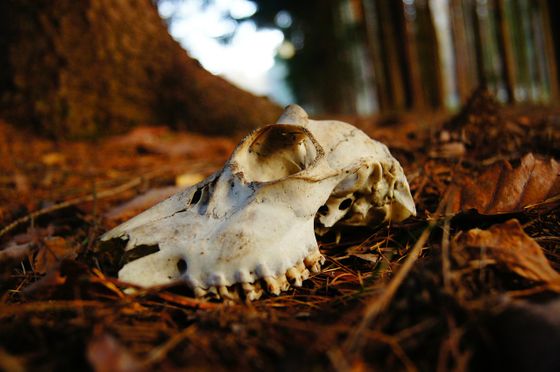 The research team uses bones of fallow deer legs, which has been a common food since then, to preserve bones under various conditions, and to analyze how much nutrients contained in the bone marrow are preserved Did. Experiments, including archaeological evidence, showed that bone marrow in bones can be preserved in a nutritious state for up to nine weeks.

The research team claims that prehistoric people stored bone marrow as long as possible to keep it in the cave with the bones skinned. Dr. Ruth Blasco of Tel Aviv University said, “We have found that bone can be preserved for several weeks by preserving bone with the skin. Early humans split bones when needed to provide nutritious bone marrow. It was possible to eat. ' Prof. Barkai emphasizes that bone and skin play a role similar to a “can” for long-term preservation of bone marrow in the bone marrow preservation method discovered this time. Previously, humans in those days when they were not farming were thought to have consumed the food they got in the day and endured hunger until the next food was available. This discovery that the bone marrow was consumed after hunting gave new insights into the lives of prehistoric people.

The research team professor Avi Gopher said, “Sophisticated to a level where prehistoric people who lived in the Kesem Cave between 420,000 and 200,000 years ago could preserve animal bones under certain conditions. Our research showed for the first time that we had the intelligence and talent. '

According to the survey, this discovery is the first evidence of food preservation. In the Kesem Cave, a furnace used by mankind more than 300,000 years ago has been discovered, suggesting that people living in this area had high intelligence. For this reason, Prof. Barkai stated, “I think that the old main food source, elephants, could no longer be captured, so we had to invent a new way of life.”