How have we evolved the underwear we normally wear? 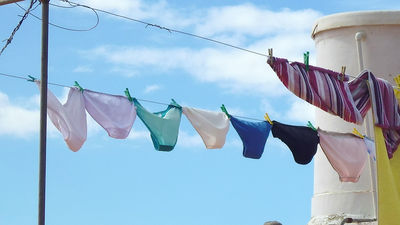 Ancient human beings were naked, but as they acquired the civilization, they began to wear clothes. Clothing reflects the culture of each ethnic group and has evolved variously over time. Mr. Alana Clifton-Cunningham, who is a lecturer of fashion and textile design at the Sydney Institute of Technology , summarizes the history of the most basic " underwear " among such clothes.

A brief history of briefs - and how technology is transforming underpants
https://theconversation.com/a-brief-history-of-briefs-and-how-technology-is-transforming-underpants-97674

The oldest undergarment can be seen in ancient Egypt. The ancient Egyptians wrapped cloth called " Senti " made of cotton or flax on the waist, fixed with a belt of leather, putting a cloth on the crotch. In the period of the Old Kingdom around 2700-2200 BC, the distinction between underwear and underwear was not clear, and seems to have spent mostly Shengti regardless of gender or class. However, as the civilization evolved and repeatedly interacted with various ethnic groups, it is said that the upper classes began to wear several pieces of clothing on top of wearing Shenti. 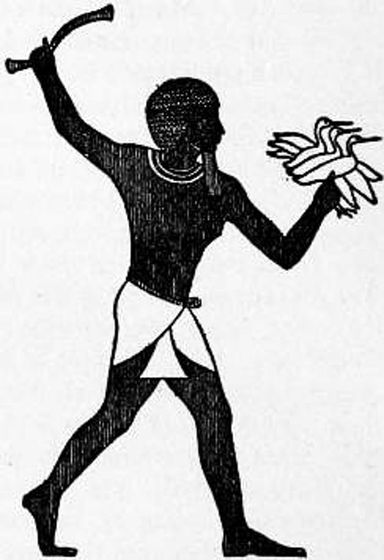 In medieval Europe, I wore a long shirt to the knee, and wrapped the lower part from the waist of the shirt in the pants and used as a substitute for underwear. However, since around the 15th century, we wrapped a soft cotton cloth around the lower body and fixed it to the waist and thigh with a strap, becoming a common style regardless of gender, regardless of gender. There was also a "window" that was fastened with buttons and straps so that men could not use the trouble to undo the clothes, so that they could add their work. Although the height of the braid was originally up to the knee, as the time goes on it becomes shorter and it changes to a shape like the current boxer brief . The following painting depicts a man who actually wears a break and engages in agricultural work. Furthermore, from the 14th century, " codpieces " packing pads etc in the crotch area became popular. Rather than hiding male instruments, it is said that the meaning of emphasizing male instruments as a symbol of sexual energy was strong in the Codpiece. The portrait of Carl V , who was actually the emperor of the Holy Roman Empire, depicts that the crotch is emphasized greatly because the codpiece is wearing. 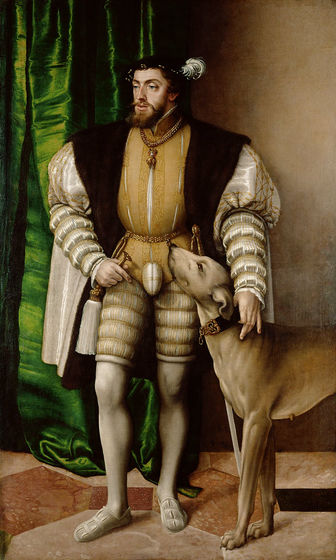 Meanwhile, women of the upper class are said to wear underwear of the same shape as modern bra and panties already in the 15th century, and wearing corset, petty coat etc in addition from above. However, after the industrial revolution that took place in the second half of the 18th century greatly changed the society, as women also started working in factories and mines, it is more elastic than underlying corset tightening the body rather than depriving the freedom of the body Has gradually come to be demanded.

From the beginning to the middle of the nineteenth century, women and children began wearing underwear that covered the entire foot, called "pan turret". Also, at that time the length of pants for men up to the knee was commonplace, but since long trousers that are in the 19th century and even ankles have become mainstream, men also wear underwear with ankles In the end, underwear that covered completely from neck to ankle in both men and women became mainstream. The general underwear of those days was mainly made of cotton, and the wealthy person was tailoring underwear with silk. 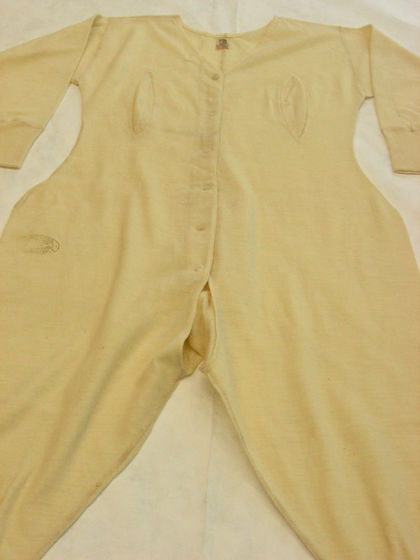 The history of underwear since the 20th century is not an exaggeration to say the history of synthetic fibers. It was from 1930 when natural rubber was used as a material since underwear got elastic like modern. Until then, the underwear was changed to "stick to the lower body and support it" which was "to hang down and fix with the waist". In 1938, a synthetic fiber nylon was invented, and lightweight underwear that was easy to wash was born. In 1945, briefs and trunks for men, as seen in modern times, appeared.

In the 21st century, underwear has undergone more diverse evolution. For example, Wearable-X , an American fashion technology company, develops " Fundawear ", which can tie up with condom makers and transfer vibrations from anywhere in the world through smartphone applications. You can understand exactly what kind of underwear Fundawear is looking at by seeing the following movie.


Not only the design but also the evolution of the material · The development of the coating technology to the fabric · The application of the other field technology, the underwear is "from just wearing" to "giving feedback on the life of the person wearing" It is becoming. In fact, at the medical site, technology to print fiber-based electrochemical sensors on underwear has also been developed. Due to the development of science and technology, underwear is not only new design, it can be said that it got a variety of functions at the level not imagined 50 years ago.