The support illustration of 'Princess and Gamer' episode 6 (second part) has arrived! Yutaka Kutani , illustrator, who drew a supportive illustration of "Princess and Gamer" episode 6 (second part) . As girls are twinkling like spinning, where is the heaviness of this story? It is a wonderful two-shot that the character of 100% cheerful always came out from the screen and the character of Princess who seemed to be somewhat excited even though she was embarrassed appeared well. 
Nice to meet you, Yutaka Kurotani.
While doing illustrator at a game company, I also do illustration work for individuals.
While staring to serious development of the main part, this time I gave a bright illustration of two girls.
Thank you!


Below, it will be an easy making.

Kuroya "We made three plans to change the way the camera gets closer to each other, because we like girls making friends, so it's a very good tension to draw. I try to convey relationships and character character. "

Rough 1 is the whole body of both Hime and the director are drawn. The director who is positively involved with the juniors and the expression of Hime who is not even a pleasure are impressive. A rough idea of ​​girls' groups who pose as if they are taking self-shots. Two characters are also well transmitted here and it is very cute. As the degree of adhesion rises, it is getting back to the director from the director, and the thought that is close to the sense of distance that it is truly hot from truth is transmitted, and I feel the merit of one 's strength more strongly. Rough draft of the camera, rough draft of the middle of both people 's degree of adhesion Part. I asked you to adopt this by saying that the character was clearly shown, the director who is dynamic and having a sense of well-being also unfamiliar with the piece is also cute, anyway. Kuroya "Since the momentum tends to die at the stage of rough → line drawing, I will draw up the details while paying attention to it and I will proceed to make the pleated skirt in need of uniform look cute." Kuroya "We will arrange the parts that are unnatural at the time of pouring in colors. As we can see the things we saw on the line, it makes it easier to discover discomfort." Kinuki "I will paint with caution so that I become cute. The strength of justice will affect the completed figure when coming to this stage" Kuroya "I decided to make it a bright picture this time, so I'm finished with a glittering look as refreshing"

Next time "Princess and Princess of Princess Gamer, Princess by Princess, for Princess" is scheduled to be published in August. My eyes filled my eyes and finally reached my mind. Do not miss her stepping till the end. Since we are planning to make a personalized book after completion, we thank you for your continued support.

Please give us your opinions and impressions! 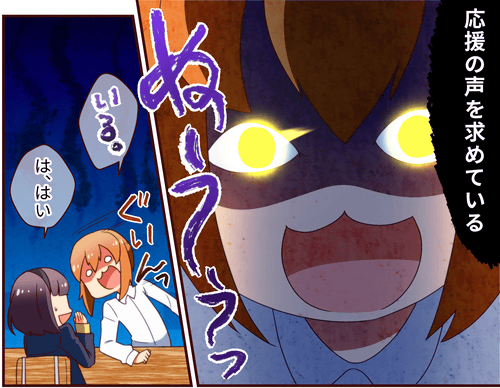