Analysis of the content of the vast amount of Tweets being tweeted by Twitter everyday reveals that the content and word choices people are posting are strongly influenced by time. .

This study was conducted by the research team at the University of Bristol. The team posted to Twitter from England domestically analyzed the huge amount of tweets of 800 million tweets · 7 billion words on hourly time axis, so that the contents of the remark at each time and used I studied the tendency of a word.

In this research, we analyzed the contents of tweets over the past 4 years, and analyzed at which time many specific words and pictograms are used, using AI. At this time, the time when the mood of society as a whole changes such as Christmas and New Year is omitted from the subject of investigation.

The words used in the target period are 73 psychological indicators such as "death" "money", "they-pronouns" ("Yatsura" remark) "," negation " It was classified based on. 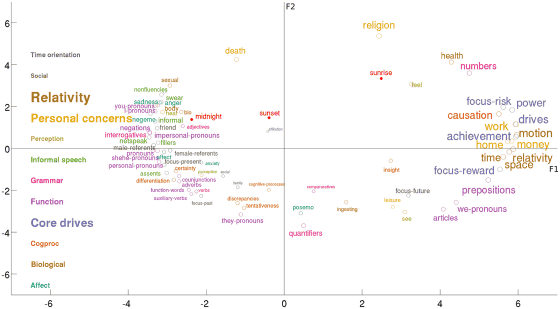 The flow of time over two days and 48 hours is shown on the horizontal axis, the indices of 73 are arranged on the vertical axis, and the time zone frequently used is shown in red. From the table below, the respective indicators are used most frequently I can sense that there is a certain tendency in the time zone. 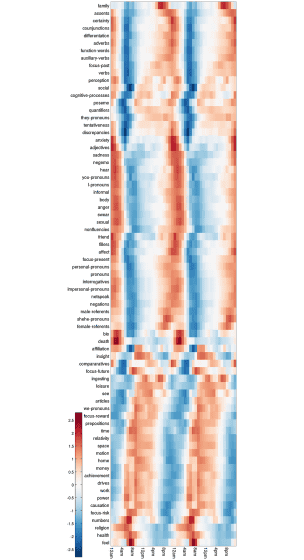 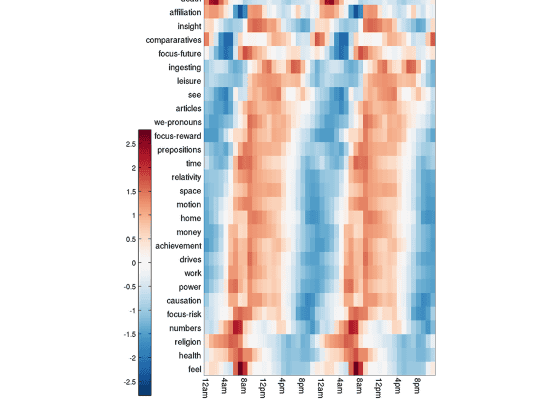 The following materials were color-coded with red (positive) and blue (negative), and the frequency of use was line graph. Words indicating 'motion', 'drives' and 'achievement' peak at peak hours around 5 am to 6 am and gradually decline from lunch to evening and night I understand this. On the other hand, words having elements such as "negations" and "netspeak" have a peak at about 3 o'clock in the morning and then fall sharply towards around 7 am, then gradually You can see how it is increasing towards late night time zones. And analyzing the cycle, I discovered that the wave has features in common with the circadian cycle in which the earth makes one revolution over 24 hours.

Professor Nero Christiani Anni who advances research in the AI ​​field at Bristol University, who led the research said, "By analyzing the content posted to the media correctly, useful information on science related to both social and biological aspects In the future I will further clarify the content of this analysis and I would like to grasp more contents. "