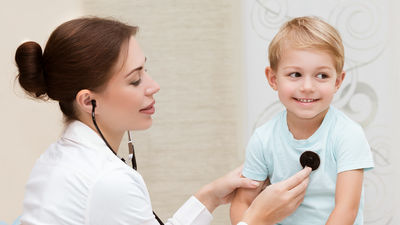 It has been pointed out that promoting the implementation of vaccines and other precautionary measures to reduce the number of emergency hospitalizations has many advantages to having the same consultation doctor continuously diagnose. A research team led by Sir Dennis Pereira Gray of Exeter University studied 726 studies conducted between 1996 and 2017 in nine countries such as the United States, the UK, Korea, Israel, etc., which have different cultures and medical systems , While analyzing the relationship between "medical continuity" and "patient mortality rate", we analyzed each research data.

As a result, 22 studies referred to both "medical continuity" and "patient mortality rate", all of which were from 2010 or later. And in 18 of 22 cases, it was found that the mortality rate of patients who consulted the same doctor continuously for more than 2 years showed a statistically significant decrease. It can be said that the results of this research reiterate that not only physical treatment but also spiritual part is important in medical treatment.

Sir Gray says, "It has been demonstrated that the human aspect of medical practice can have a significant meaning to the health of patients, and physicians need to place more emphasis on" continuity of medical care " There is a comment. However, because there are cases in which the risk of death increases at the same time as receiving medical examinations from various doctors because of suffering from multiple diseases, the research team does not necessarily say that this research result "necessity of continuous medical treatment lowers the risk of death" It does not mean that means that. In addition, co-researcher Professor Philippe Evans said, "Patient and doctor know each other well, treatment continuity will become meaningful, better communication between patient and doctor is patient satisfaction · It is thought that it will lead to compliance with doctor's advice · Decline in hospitalization rate, "he said, suggesting that human relationships born between patients and doctors may play an important role in medical treatment by continuing to the same doctor doing.

In recent years, the importance of "continuous medical care" is being studied, there is a comprehensive medical practitioner system in the UK. In Japan, when you get sick, you can visit a general hospital specialist suddenly, but in the UK you first need to receive a referral to a specialist after consulting a general medical doctor. The comprehensive medical doctor is a closer distance to the patient, and support is needed not only for examination and treatment of illness but also support for the living and mental aspects of the patient. However, in the UK, closed clinics are closed for economic reasons, and between 1.20 and 2017 there was a situation in which 1.3 million patients were forced to change the comprehensive medical doctor in charge It is. The importance of continuing medical care that has not received much attention until now is noticed, so there is a possibility that the review of medical policy may be questioned in order to have the same comprehensive medical doctor consult.