How are images and phrases popular on the Internet born and diffuse? 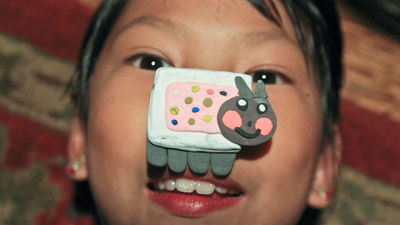 The images and phrases that are popular in the Internet are described as "Internet · memeI call it. The University of London has investigated how Internet mime is born and diffused from over 160 million images on the net and announced the results of its research.

Researchers Studied 160 Million Memes and Found Most of Them Come From Two Websites - Motherboard
https://motherboard.vice.com/en_us/article/zm884j/where-do-memes-come-from-researchers-studied-reddit-4chan

The word Meme is an evolutionary biologistRichard DawkinsIs a coined word that appeared in the book "Selfish Gene Transmission" published in 1976. Dawkins defines "meme is a fundamental unit of culture transmission and reproduction" and defines "transmission and infiltration of information and culture" as "one gene spreads, adapts and is culled How to have "repeatedly.

Especially the cultural information spreading via the Internet has come to be called "internet meme". Internet memes are expressed in the form of words, images, movies, etc.,Reddit·4chan· Twitter · Tumblr etc.BBSIt is widely used in SNS and SNS. For example,Rick AstleyThe PV of "Never Gonna Give You Up" announced in 1987 is one of the famous Internet memes. This PV is often affixed as a link to movies and animations illegally uploaded by overseas image bulletin board 4chan since 2007, and the act of tricking on PV of "Never Gonna Give You Up" is "Rickroll(Rick Roll) "has come to be called. The most famous "fishing movie" in the world, which was reproduced more than 440 million times, can be seen from the following.

Rick Astley - Never Gonna Give You Up (Video) - YouTube


In addition, the popular character Yoshi appearing in the Mario series of Nintendo is one of the Internet memes. The following movie called "64 Things WRONG With Yoshi (64 funny places seen in Yoshi)" that Realy Freakin 'Clever published in 2016.


Receiving this movie, some fans in Tumbler "There is not one strange placeAs a result of arguing that a certain user "yoshi has committed tax fraud(Yoshi did tax evasion) "I tease. And "Show the proof that Yoshi was tax evading!"There was a flow of returning the image of Yoshi who said" i committed tax fraud "(I took tax evasion)" to fans indignant.

This response became a big topic on the Internet, making Yoshi talk to "i committed tax fraud" became popular. For example, the following image was posted to Reddit,Nintendo SwitchI committed tax fraud "to the icon image of the shop. Also"Super Smash Bros. Smash Brothers SPECIALFrom the German version packageThe reason why Yoshi's goneBut it became a topic that "Yoshi was tax evading" and Mr. Masahiro Sakurai, the creator of the "Smash Bra" series, stuck up with a collage image that seemed to speak like "Yoshi got tax evaded and will not return to smash bra" Settlement.


In April 2018,SilverGunnerAnnounced BGM of a fictitious game "Yoshi Commits Tax Fraud" as a joke. You can listen to the song "Climb the mountain of money laundering" in the following movie.


The research team of the University of London started investigating how these Internet memes become popular. The research team is Reddit · Twitter · 4chan ·Gab.aiCollect more than 160 million images from various online communities, including. Furthermore, the site which summarizes the Internet · meme ·KnowYourMeme.comWe downloaded more than 700,000 images from the database and made it into a database and classified it according to the community, and studied where Internet meem is born and raised. As a result, Internet memes were frequently used, and it turned out that Reddit and 4chan were the main things that spread at once.

Especially the use of Internet memes was seen in many cases, even among 4chan speak politics "/ pol /It was said that it was. It seems that the content was not only political but also racist. Also, Internet mime used in Reddit has political content as well, and it is pointed out that there are many internet memes especially about Donald Trump. 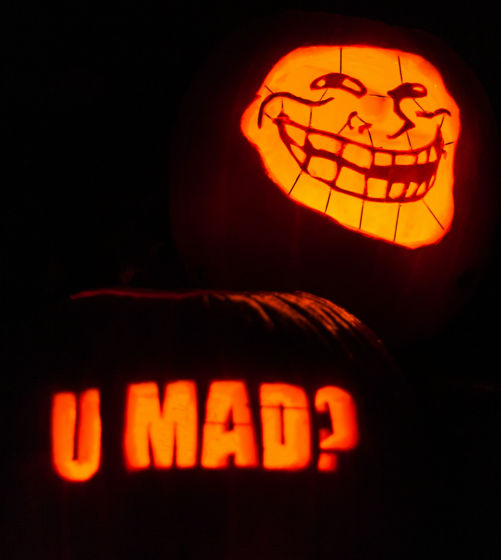 Internet memes are born in a small community, most of which are diffused with Reddit and 4chan. Among them, it fuses with other internet memes, and it will penetrate into Internet users like actual creatures such as mutation, duplication, and selection. The seemingly neutral internet · meme also said that it became a message of racist and anti-Jewish contents by combining with political contents, and the research team said "Internet memes surely spread In order to do that, it is important to leave descendants securely. "

While researchers are releasing algorithms for image processing and continuing research on Internet memes in the future, "While considering that the degree of relevance of digital information to various events in the world is increasing, The survey not only creates a system to prevent popularization of extreme and harmful ideology, but also builds the foundation for future anthropological research in the future. "