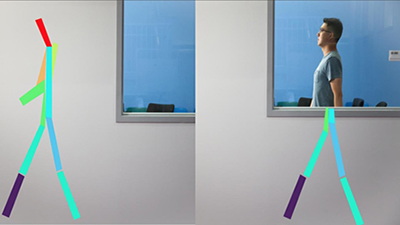 A technology that detects movement of a person by using radio waves (RF) that are flying in the space, AI can also read the movement of the person over the wall and display it on the screen "RF-Pose"Has been developed.

New technology can see your body through walls | TechCrunch
https://techcrunch.com/2018/06/12/new-technology-can-see-your-body-through-walls/

This technology was developed by the Research Team of Computer Science and Artificial Intelligence Laboratory (CSAIL) of the Massachusetts Institute of Technology (MIT). You can understand exactly what you can do with the following movie.


RF-Pose is a technology that detects a change when a radio wave existing in the environment reflects on a human body, and makes it possible to read the motion of a person by letting AI learn a pattern. For example, this person walks in front ...... 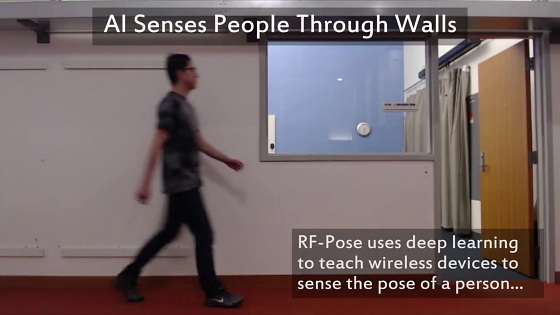 Suppose you went back over the door and went across the wall. Despite being blocked by the wall, a stick figure indicating the movement of the person was displayed on the screen. This is the one that reads reflection condition of radio waves with sensor, AI recognizes the pattern and draws it in real time. The sensor measures two kinds of radio waves in the horizontal direction and the vertical direction ... ... 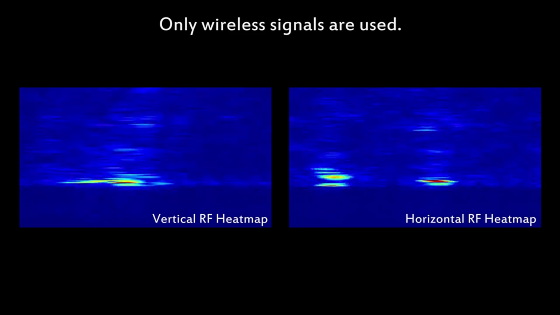 By combining the two, we convert it into human movement in three dimensional space. 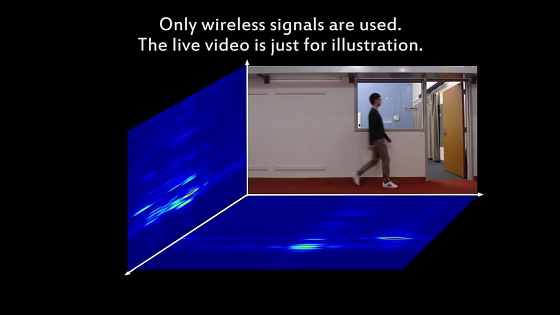 In this way, a "confidence map" indicating the high degree of certainty that an object exists is created ... 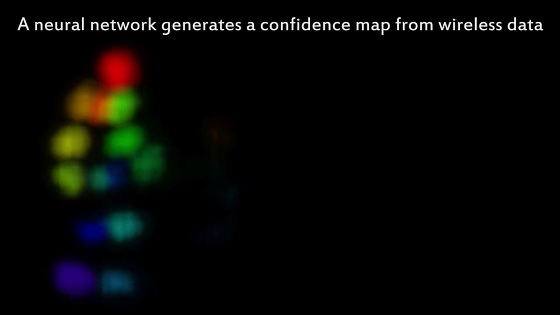 Eventually AI converts to stick figures. However, it is not that AI suddenly became able to draw stick figures. First let the AI ​​learn the confidence map and the actual movement of the person, then give the data of human movement overlaid with stick figures to learn. Based on the last learning content, I've "grown" so that I can do sensing like a movie. 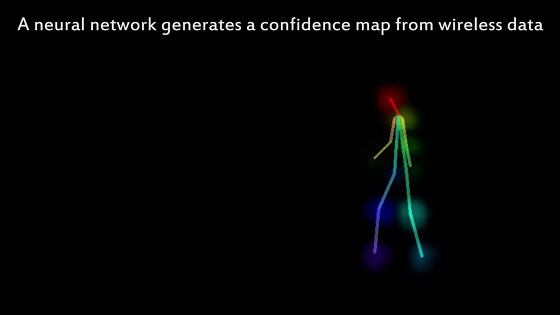 For RF-Pose is you are using radio waves, it is possible to detect the movement of people in situations that are line-of-sight is blocked by the object. 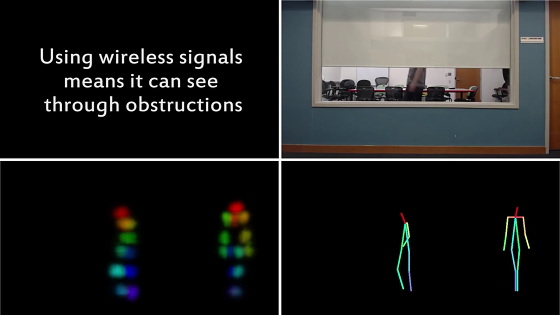 Sensing is also possible in dark places where light intensity is low by using radio waves. 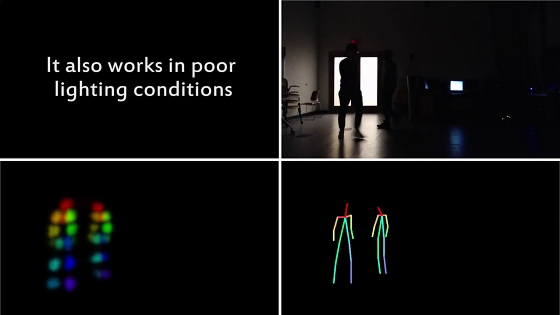 It is also possible to follow the movement of multiple people. However, there seem to be cases where only one of them can be recognized when people and people overlap. 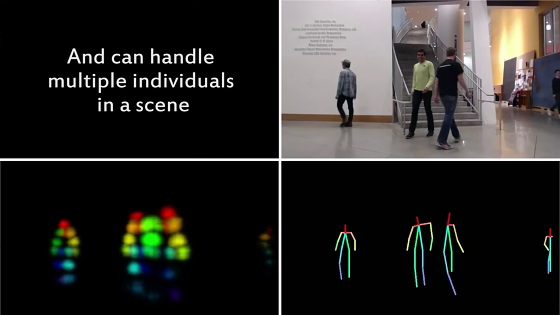 The research team is aiming to be able to better understand the symptoms such as Parkinson's disease by using this technology and to use it for the purpose of detecting the movement of a person in the house and improving the safety We believe that we can do. Although there is a similar system already using the camera, RF-Pose uses radio waves that are flying around and the cameras are unnecessary, so it is said that privacy can be protected.