Yelp said that "Google uses its own search engine with over 90% share, and deploying the services and information Google provides at the top of the search violates antitrust laws" I insisted on. Yelp's co-founder Jeremy Stopperman strongly appealed Google's illegitimacy when he appeared in the CBS feature feature "How did Google become huge?"

How did Google become the largest company in the world? - GIGAZINE 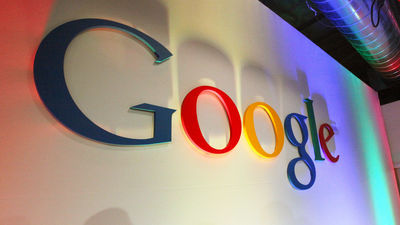 In this feature, CBS pointed out Google's anti-competitive attitude and the uncertainty of search algorithms and sent questionnaires to Google. In response to this questionnaire, Google does not believe that there are many competitors, including Amazon and Facebook, and we do not believe Google monopolizes the search advertising industry, and we are disadvantaged to our competitors We do not change the algorithm to give and we believe that it is Google's responsibility to show the best possible results to the user except that the site that ranked lower in search rang with complaints and may complain I understand it well enough. "

Yelp, who knew the answer by Google on the feature, said again, "Google does not provide the best possible results, but the content provided by Google is illegally advantageous due to the display of search results," Google's We publish movies that point out problems of search advertising business.


When searching for information on the Internet, most people depend on Google's search engine. Google will instantly display the information we are looking for. Looking at the search result screen, in fact, three to seven review information by Google+ local is displayed at the top of the search screen, and Google map showing the location of each store is displayed to the right. Former CEO of GoogleEric SchmidtSaid, "If you know the answer, it would be better for consumers to be able to know the information without clicking anything for consumers." However, Yelp insists that Google's information will cover the actual screening of Google by Google if it is smartphones and half of the screen if it is a PC, and one third of the screen on a PC. According to Yelp 's survey, it will be overwhelmingly advantageous because it will only be displayed at the top of the search and will increase visibility. Yelp strongly criticizes that the design of displaying Google+ local reviews and Google Maps at points where users are psychologically interesting is anti-competitive and that Google monopolizes search results. According to Yelp, for example, there are 31 types of reviews available on Google+ Local for "New York pediatric clinic" in total. On the other hand, YelpZocdocThere are 719 kinds of review information provided by services other than Google, etc. Still Yelp points out that up to seven will be displayed at the top of the search, and all seven will be monopolized for review by Google+ Local for default settings. When you search for something on Google, Yelp · Zocdoc ·Trip AdvisorReview sites such as sending information related to that word to Google. Search results by all sites are summarized by Google on top of this information. Of course, the original Google + local information is just one of these review sites. However, only the reviews by Google+ Local are gathered at the top of Google search results actually. Yelp argued that "Google+ local review database is overwhelmingly poorer than Yelp and Zocdoc, which is not for users," and the search results clearly make it advantageous to Google It is claimed that it was done. Yelp has also launched the anti-Google organization "Focus on the User" in cooperation with Zocdoc and Trip Advisor, and also released extensions for Chrome that exclude Googe + local information from Google search results.

Focus On The User