Five ways to boost your brain and intelligence It is the "brain" that decides how to distribute the energy of the body, but the brain tries to divide energy into the brain itself preferentially compared to other organs such as muscleConfirmationIt has been. With the theory that human beings have greatly evolved thanks to such "self-centered brain", scientists are suggesting ways to further stimulate the brain and enhance intelligence.

Physical astronomer Sabrina Stairwalt is proposing "five ways to boost your brain and enhance your intelligence".

According to Dr. Carol Dowek of Stanford University, the idea of ​​growth is the key to improving cognitive abilities. Believing that "intelligence is talent and innate" and believing that "it is impossible to improve intelligence" is harmful in improving learning ability. You can read the differences between the growing and non-growing ideas that Dr. Week presented in the 20 years of research from the following articles. 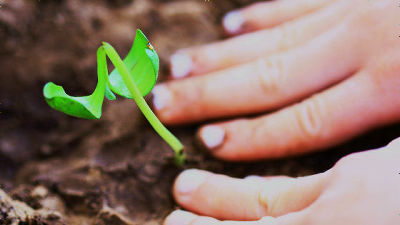 Believing in their abilities brings about the effect of improving ability in the case of growing childrenRemarkableHowever, Mr. Steerwalt says that the importance of believing in yourself does not change even after adulthood.

Harvard Universitythe studyAccording to the development of neurons in the brain even in adulthood, by learning new informationHippocampNew cells are created in this way and it is never too late for learning and development. Mr. Stea Walt thinks that it is important to keep motivation as a wish to increase intelligence. I do not yet know whether preaching Crossword puzzles or Sudoku directly enhances intelligence. However, by continuing to solve the puzzle, it is certain that the power to solve the puzzle will rise. The cognitive ability enhanced by such repeated exercise can have a decisive important role in learning another new techniquethe studyI'm getting to know.

"Nevertheless, it will be necessary to wait for future research as to whether we can improve our cognitive abilities by keeping on-line games," Mr. Steerwalt said in a dazzling manner. Research has revealed that there is a clear relationship between brain function and intestinal hormone. In other words, food is important to make the brain do a good job. Regarding the relationship between the brain and food, there are many things concerning "the influence of specific foods on the risk of dementia"Flavonoid, Nuts included in fishOmega tri fatty acid, caffeineAnd so on have positive correlation.

In addition, it is said that exercise with moderate strength such as aerobics of about 30 minutes, short distance running, trampoline, etc. has a powerful ability to change the brain's ability necessary for learning new thingsthe studyThere seems to be one. It is important to secure sleep time to improve physical and mental health, and this also applies to recovery of brain function.the studyThen, it is known that the brain consolidates memories, such as deciding what to save from short-term memory and handling it as long-term memory. Good sleep is essential to make the brain active. The fifth idea is "to go outside." To go outside and to revitalize the brain by refreshing the mind ... I think that, and Mr. Stea Walt points out the effect of going out for another reason.

Sage Colleges of Troy'sthe study, It has been discovered that rats ingesting bacteria called Mycobacterium baccae contained in dirt can escape from the maze twice as fast as unincorporated rats. It is also known that Mycobacterium baccae has the effect of promoting the growth of new neurons, raising the serotonin level, and lowering the level of anxiety.

According to Mr. Steerwalt, there is no need to eat dirt, and it is possible to take in Mycobacterium baccae just by sucking outside air. It seems that going out is effective not only to refresh the mood but also to intake of bacteria that activate the brain.