"Sharp feel" and "sound" by thinning the soap with a knife, cutter, etc. feel a pleasant feeling as if the brain can trouble "ASMRIt is gaining popularity as being ", and it is spreading by SNS etc. On Twitter, you share the feeling with murmuring feeling, there are movies uploading scenes in YouTube and Instagram, and some playback numbers exceed 13 million times. Many users are talking about how many users are so fascinated by the simple act of "scraping soap" and its attractiveness.

'It's weirdly mesmerising': a quick guide to the soap cutting trend | Life and style | The Guardian
https://www.theguardian.com/lifeandstyle/shortcuts/2018/feb/04/soap-cutting-trend-quick-guide

Why watching people carve soap is the latest soothing way to have a 'braingasm'
https://www.thesun.co.uk/fabulous/5513355/why-watching-people-carve-soap-is-the-latest-soothing-way-to-have-a-braingasm/

Searching YouTube and Instagram with the keyword "soap cutting" meaning "scraping soap with a knife" means that about 500 thousand movies hitting hands that are scraping hand washing soap are soaked in soap It is gaining popularity. Inside the movie, a masterpiece movie with a recording time of 45 minutes or moreASMR Soap carving"There are also, about one and a half years from release, the number of playback exceeds 13 million times. Also, another movie "Satisfying Soap Cutting / Carving Compilation"Is released in 2 weeks and the number of times of playback exceeds 650,000 times, it will be informed that there are a large number of users being fascinated by the sounds and scenery that scraps soap and the after-sale experience.


There is an opinion that it is ASMR that the act of shaving such a soap with a knife or the like is ASMR. ASMR is an abbreviation for the term "autonomous Sensory Meridian Response", which is an abbreviation for the beauty's whispers and rain noises, sounds burning at the fireplace, sounds or paper cutting the scissors at the hair It refers to a phenomenon in which the mind settles while listening to some sort of sound, such as sound, and gets some kind of pleasant sensation through a relaxed state.

Some people feel that the sound which feels "pleasant" by ASMR is different from person to person, and some say that Mr. Bob Ross's voice, which appears in a program "Bob's painting classroom" that a man draws a picture, is pleasant.

When I hear the voice of "Bob's painting classroom" I feel like the brain can fall like "phenomenon" ASMR? - GIGAZINE 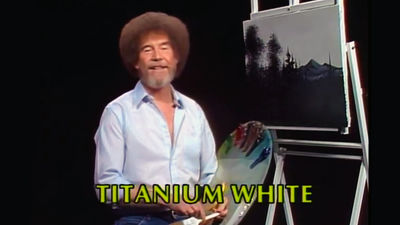 Many of ASMR are expressions for "sound", but there are many who view "ASMR" as well as "sound" as well as "action" of scraping soap. Kaelin, a woman living in Maryland, USA, who was fascinated by shaving soap, took a picture of it and recorded it as an Instagram account@ Soapydopey 416It is open to the public. Kaelin says, "There is an addictive appeal to this act, you can concentrate on the feel and sound of cutting soap for a while forgetting things while cutting."

Nazish, a woman living in Leeds, England, seems to be very relieved by this action. Instagram account on Nazish Instagram@ Asmr.crackleI'm posting a movie that mainly shoots soap. This account was created by the trouble that Nazish has. Nazish says, "This account began as an art therapy to relieve my anxiety and insomnia.Shipping soap is a substitute for ASMR's" calm sound ", like white noise for me "I talk about getting pleasure by cutting soap. It seems that Nazish is not the only one to settle through this action, and more than 90,000 followers are gathered in the Instagram account which has published a movie that scrapes Nazish's soap. Nazish is an Instagram movie, adding several variations to the shaving method of soap and making it public. Here, a round soap is prepared and scraped along the groove of the surface. Cut thinly and scratch it. In another movie, thinly scrape the soap and hold it with both hands ...... I grasp it and split it, I'm ringing the sound called Paki Paki. Some of the other users seem to feel comfortable in making the soap fall apart.


Nazish is filming a movie to respond to the follower's request, "I try to make the user satisfied with both visual and sound.These movies are going to introduce movies to ASMR for many people It may be. "

Mr. Dasha living in Russia (@ soap_asmr_ru), "In Russia it is very expensive to have a hobby, it is similar to hypnosis to shave soap" and use 100 dollars (about 10,000 yen) in a month to shave soap It is said that. On the other hand, some people keep their costs down, and Kaelin mentioned above talks about "keeping expensive cheap designer soap at TK Maxx". In addition, Nazish who has many followers says "I recycle soap as much as possible and use it again, or use it for another purpose", and there are various patterns in how to spend money I understand.

On Twitter "I have Instagram for about 6 years but finally I found my favorite account, her account @ asmr_soap_princess is very satisfying with an account devoted to cutting soap" As you can see there are ways to enjoy interacting not only by watching movies that shave soap but also by fans.


after like 6 years on Instagram I have finally found my favorite account to exist, it's @ asmr_soap_princess LMAOO
all she does is cut soap bars and it's so bloody satisfying


The simple act of "scraping soap" has a range of sharpening according to the taste of each user, the range of foot of how to enjoy, the range that can be selected, and it seems that it spreads through SNS and others.