In recent years, being "lonely" means smoking and smokingobesityIt has become known that it exerts a negative influence on health more than it. New research revealed that people feeling loneliness are lagging behind recovery from illness. And the theory that it is unpleasant and painful to feel loneliness is because it gives a warning signal that it is dangerous to the body.

Why is loneliness so toxic? Scientists are exploring what it does to the human body - The Globe and Mail
https://www.theglobeandmail.com/life/health-and-fitness/health/why-is-loneliness-so-toxic/article37734381/

Dr. Christopher Fagades of Rice University conducted experiments on 213 healthy subjects in order to investigate the influence of "loneliness" on human health. In the experiment, we first asked a questionnaire survey about whether or not it is isolated in society, and then the subjects were administered a nose drop containing rhinovirus 39, a cold-causing virus, and isolated in the hotel room for 5 days separately After being done, I was instructed to record how I felt. As a result, it seems that "the lonely person gets worse the symptoms of disease". 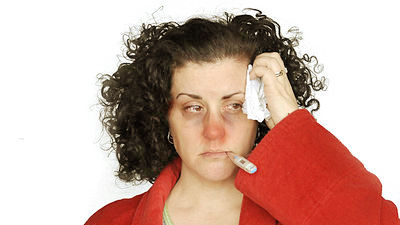 In recent years, many studies have been made that loneliness can have serious adverse effects on health, but there are two hypotheses about the mechanism by which solitude hurts human health. One is that the level of stress rises by feeling loneliness, stress is caused by high blood pressure, insomnia, deterioration of digestive function, etc., which is harmful to health. Another is a theory that immune function deteriorates by feeling loneliness, causing disease. In support of the second theory, Dr. Steve Cole of the University of California, Los Angeles,Loneliness is related to inflammationIt was made clear. Chronic inflammation is known to be one of the causes of heart disease, cancer (cancer), neurodegenerative diseases, etc.

The immune function switches when it got scratched and allowed bacterial invasion. According to Dr. Cole, she believes that by feeling loneliness it is because the body anticipates that the body will be in defense when injured in the future as a reason to switch from anti-virus to immune function like bacteria. To be lonely is a painful thing to make a human being uncomfortable, but some scholars think that the body gives a warning signal to foster a social connection by giving "pain". Dr. Abraham Palmer of the University of California, San Diego said, "Maintaining social connections for humans was an important part of raising children and securing food.While being part of the group is for human beings It is important, so loneliness is dangerous, so feeling lonely makes us feel uncomfortable feelings. "