What did you learn from the record of two years of trial and error that increased productivity by making full use of the Pomodoro technique? 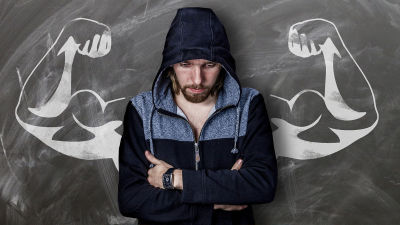 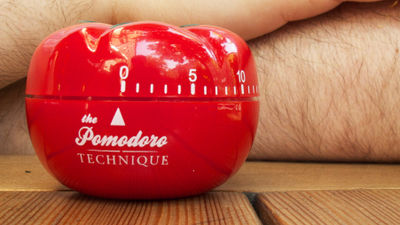 Mr. Cherti searched for an application for timer management necessary for Pomodoro technique, but he said that he mainly searched for desktop applications instead of mobile applications because he does not use mobile phones very much. However, I couldn't find the app that was right for me, so I am creating my own Pomodoro technique app by referring to the reports on the net. The app created by Cherti is published on GitHub and can be used by anyone.

Cherti tried the Pomodoro technique for about two and a half years from June 2015 to December 2017. It seems that the recorded data is considered to be the 'lower limit of productivity' because there were times when it was not possible to work on schedule, such as when attending a meeting.

What Cherti understood in practicing the Pomodoro technique was 'not to be obsessed with time.' Generally, the Pomodoro technique is based on a cycle of '25 minutes of concentration' and '5 minutes of break', but it seems that it is better to set the time that you feel comfortable with this time itself, Cherti He seems to have combined various times. From the data aggregated by the app, it was found that '30 minutes' was the easiest to set because Cherti felt comfortable, followed by '60 minutes'. 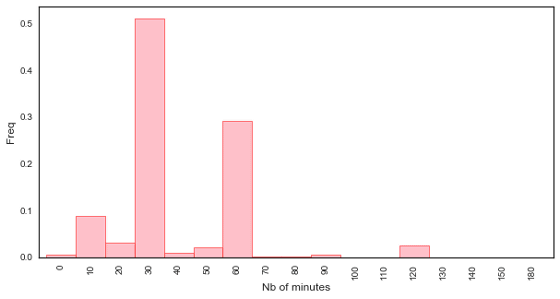 In addition, Cherti also aggregates working hours by day of the week. The working hours of each day of the week are as shown in the graph below, and you can see that the productive days were 'Tuesday', 'Wednesday', and 'Thursday'. Surprisingly, the least productive was 'Friday,' which Cherti believes may be due to the buildup of fatigue and the onset of 'sickness.' 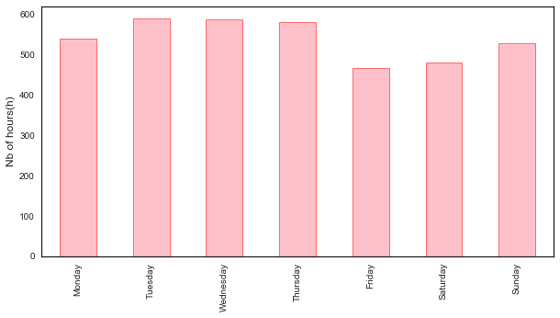 In addition, data on the time of work with the Pomodoro technique show that productivity peaked at 10 am in the morning, then declined after lunch, then peaked again around 4 pm, and after supper. , I found that the maximum peak came around 11:00 pm when I finished the work of the day. Cherti recalls that the reason for the peak at 11 pm is that she often puts on the last spurt to reach her daily goal. 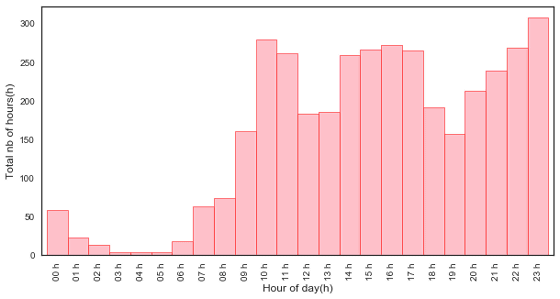 The total number of hours worked by using the Pomodoro technique by month from June 2015 to December 2017 is as follows. According to this, 'October 2016' and 'August 2017' were the most productive, and 'August 2015' and 'August 2016', which took a vacation, had extremely little work time. You can see that. In addition, 'August 2017' was the time when I started writing my doctoral dissertation, and it seems that it was not a vacation. 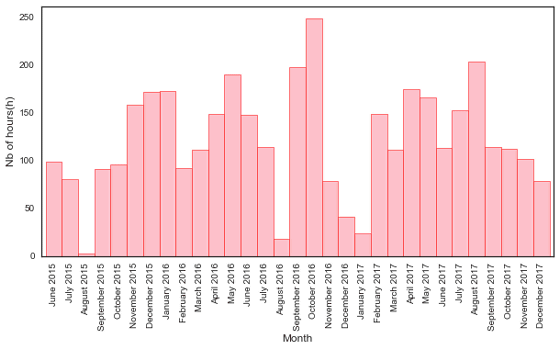 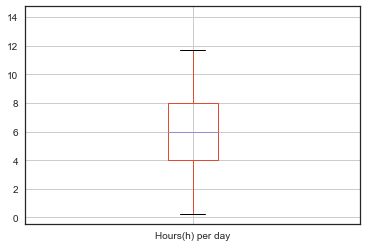 As mentioned above, Mr. Cherti, who looked back on the Pomodoro technique life for two and a half years with data, concludes that it was 'a wonderful experience.' The reason is that he gradually got used to 'concentrating', which he found difficult when he started working on the Pomodoro technique. He also recalls that the ability to collect statistics about himself was a big win. Being able to graph 'productivity' in daily life helps me understand how my productivity changes and under what conditions it increases compared to measuring the total amount of work time. The Pomodoro technique is extremely effective in that it can be used to predict future work efficiency and adjust behavior according to the plan.

Cherti, who has completed the doctoral course, plans to continue using the Pomodoro technique. In the future, he plans to improve productivity by focusing on new items such as 'planning' and recording the achievement rate of each task.