Mozilla, which develops a web browser Firefox, says "It is the biggest update in the past 13 years history"Firefox Quantum"Was finally released. In fact, 75% of Firefox's code has been rewritten for Firefox Quantum, a total of 500,000 lines of code have been completed and it has been reborn as a completely new browser but this is a really good web browser, It is related news mediaWebdesigner DepotIt explains.

◆ Page display speed
All existing web browsers are improving rendering speed, and in most cases it is possible to display web pages quickly. Firefox Quantum, which appeared newly, also said that "Firefox 52, which appeared about a year ago, is finished in a browser that is about twice as fast as the browser", but Webdesigner Depot says "quite modest" about this I will. Webdesigner Depot is a writerPaddy McDonnellSays "It is considerably faster than other browsers, it is considerably faster than Chrome" in the bodily sensation, "Firefox Quantum seems to have cached every webpage in advance" and expresses that explosive page indication It is.

The following movies compare the beta version of Firefox Quantum and Chrome page display speed. It is a movie released by Mozilla who developed Firefox Quantum, but as far as this movie is concerned, I do not think that "Firefox Quantum is dramatically faster than Chrome".

◆ Improve efficiency
Software that requires sophisticated processing effectively uses multicore processors by allocating different instructions to the core of the CPU, which is the heart of the machine, in order to speed up processing. The development for that is complicated, because if two cores are doing related work, it is possible to easily overwrite the update contents of another core. If this happens, a bug occurs on the system. This complexity is often solved by allocating completely different tasks for each core, such as assigning a CSS engine to a single core, but in that case it is said that you can use multicore efficiently That is a lot of trouble. Instead, the behavior stabilizes so far Firefox has assigned tasks to multicore in this way.

However, the Firefox Quantum employs a more efficient task assignment method of utilizing multiple cores for a single task.

One of the techniques used for that is "Stylo", a new CSS rendering engine. In Stylo, all processing of CSS style is parallelized by CPU core. By using a technique called work steal, tasks are allocated so that work between cores is efficiently divided, and all cores are busy, which is expected to cause a significant speedup.

You Should Really Try The New Version Of Firefox - Digg More remarkable is that "Firefox Quantum is faster as the number of multicore numbers increases." In order to make Firefox Quantum work efficiently Mozilla studied how people use web browsers. Based on the research results, Mozilla employs a technique of letting Firefox Quantum perform task prioritization. For example, when button exchange is cachedGarbage collectionIt takes precedence over.

Mozilla said that Photon is aiming to be "adaptable, quick, conscious, friendly, easy to support, quirky". In fact, Firefox Quantum has been designed with more attention to detail than Firefox so far, for example, if you move the mouse over an inactive tab, the line will be displayed as animation ThanUser ExperienceIt is evolving into a design that is conscious of. ◆ Summary
It is no doubt that Firefox Quantum will gain some market share. Although it is less than one-third of Chrome's share next year, it will grow to occupy 15% of web browser share. McDonnell seemed to be using Firefox Quantum at first from the curiosity and thought that "I will go back to Chrome in a couple of days", but eventually I will not use Chrome and Firefox Quantum will use the default browser and It seems that it has become. 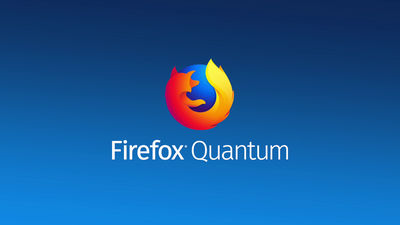