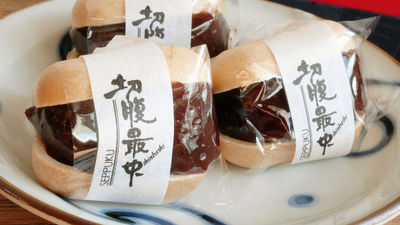 'Sepuku Monaka' is a Japanese confectionery named after the long-established Japanese confectionery store 'Shinshodoh', which was founded in the first year of the Taisho era, in the place where Takumi Asanouchi, who is famous for Chushingura, was hungry. During seppuku, anko is sandwiched between them, which is unthinkable during normal times, and it has the same impact as the product name, so I actually bought it and tried it.

Shinshodoh is located along Shintora-dori, about 5 minutes south of JR Shimbashi Station. I bought 5 pieces this time. It comes in a box full of luxury. When you open the lid, you can see the big monaka. Since it contains plenty of red bean paste, it feels heavy when you hold it in your hand. 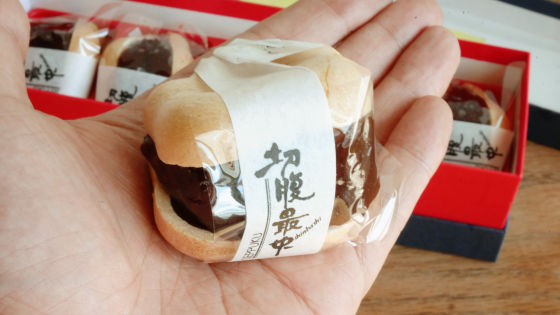 Anko uses high-purity sugar with large crystals, and its shine is amazing. 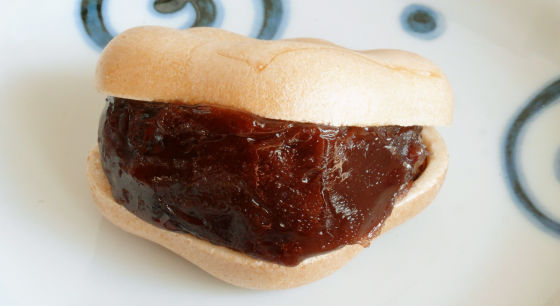 When viewed from the side, you can see that the amount of red bean paste that can be sandwiched in the middle is packed. 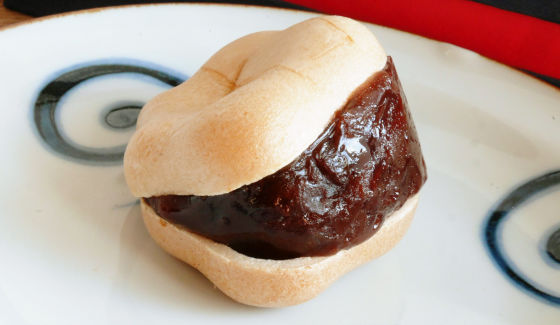 Gyuhi is contained in the bean paste, and despite the amount of bean paste contained in it, the sweetness is modest and the taste is refreshing and elegant. It goes well with red bean paste, which has plenty of chewy fertilizer. 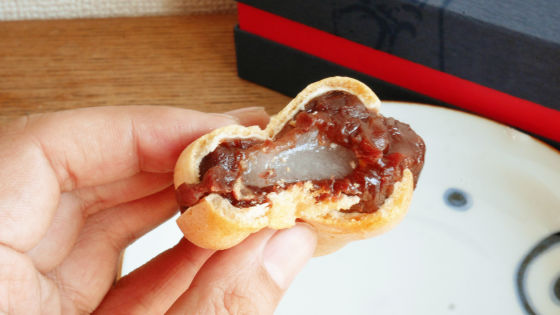 'In the middle of seppuku' is useful as a souvenir because not only the taste but also the box is full of luxury. It may be used as a souvenir in various situations, such as when comforting a colleague who has made a mistake that deserves seppuku, or when a seppuku-level inconvenience is caused to a customer.