∀ World-famous designer Syd Mead, who had a great influence on many science fiction works such as Gundam and Blade Runner, talks about design 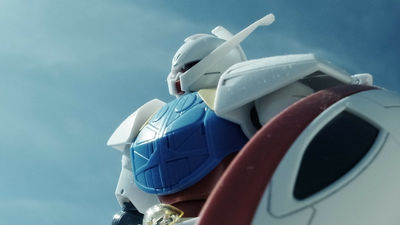 'Of has been Gundam series broadcast in 1999 ∀ Gundam (Turn A Gundam)' such as ∀ Gundam turn X · Smalling that appear in the design of the multiple mobile suit global industrial designer who is Syd Mead is Mr.. Curbed National interviews Mead, who is also known as the police spinner and city designer in the science fiction movie ' Blade Runner .'

Q: Q:
When you design something yourself, are you influenced by a particular building or architect?

Mead:
There is no such thing. Contemporary architecture is an architectural style as a structure or object. I like the AT & T Building designed by Philip Johnson in New York and the World Trade Center Building (WTC Building) designed by Minoru Yamasaki. The WTC building has the same floor plan on all 110 floors, which was not done before modern architecture. Modern architecture, such as The Shard and 30 St Mary Ax designed by Sir Norman Foster, is also spectacular, but these seem to be far from classic architecture. The only reason why such a building is born is that it is built.

Q: Q:
Have you been influenced by the design of Blade Runner?

Mead:
At Blade Runner, we designed the city of the future for 2019, not far from now. When designing, we refer to cities in western regions such as Newyork and Chicago, which were planned in consideration of mass transportation and automobiles. Also, I tried to design the city to be designed with a height difference. I imagined a world where the height of the city and the rank of the masses are synchronized, there is always a sky lobby in the skyscrapers, and upper class people do not go below the 30th floor. rice field.

The world of Blade Runner drawn with gouache painting. A truck with a distinctive design called 'Armagiro' is parked on the road. Q: Q:
Currently, many skyscrapers are being built one after another in competition for height, but it seems that the future envisioned by Blade Runner is approaching.

Mead:
That's right. With modern materials, there seems to be no element that limits the height of the building.

This is also an illustration of Blade Runner Q: Q:
Are there any buildings or architects that helped you design the Tyrell headquarters building?

Mead:
Angkor Wat and Maya civilization. Many of the buildings of old society have a profound feeling and a ritual structure due to the deification of the ego.

Q: Q:
Blade Runner introduces advanced technologies such as vehicles that fly in the air. If someone asks, 'Imagine a city or building in the future 30 years from modern technology,' what would you imagine?

Mead:
If I envision a city of the future, I'll place a couple of skyscrapers that are in vogue today, and some of the existing buildings that look like floating countryside.

A police spinner that appears in Blade Runner designed by Syd Mead. Q: Q:
Have you ever heard of an architect influenced by your work?

Mead:
I know that many architects love Blade Runner. When I was working on film, everything was a mix of Byzantine, Maya, postmodern, and Memphis. We call these 'retro deco' or 'elegant garbage'.

Q: Q:
Do you still get ideas from architects and designers who are planning the city?

Mead:
No. But I can't tell you the details, but I'm currently working on a big project. In the past, we helped with the early stages of building a $ 1 billion theme park, one in Singapore and the other in Kobe, Japan. I also worked with Michael Jackson on the construction of Jackson Park.

Q: Q:
Many of your works feel optimistic about the future. But now it seems that many people do not envision such a future. Why do you imagine a bright future?

Mead:
I think designing a dark future is like catharsis, and it's a picture of a situation where you shouldn't happen to yourself. On the other hand, designing a good future is more difficult.

Illustration of 'National Geographic Picture Atlas of Our Universe'. It seems that this illustration was also the inspiration for the movie 'Elysium'. 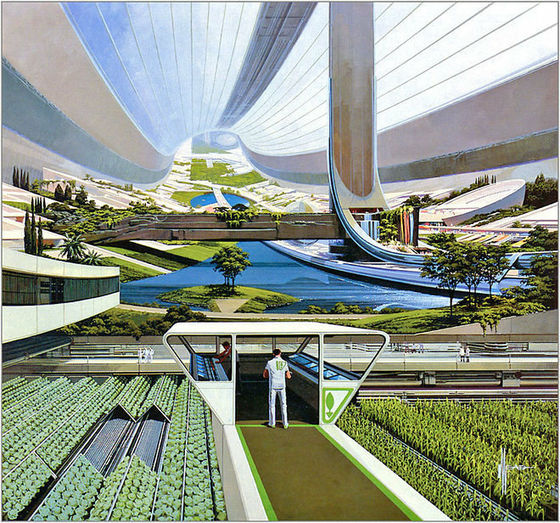