The carver is accused of 'I put a tattoo of a huge male genitalia with a total length of 40 cm on my back, which is completely different from the request' 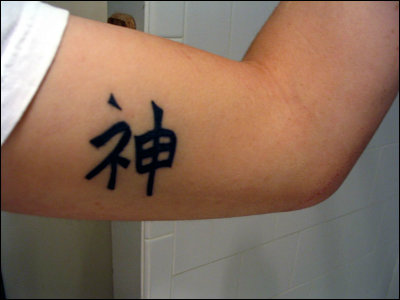 It is a tattoo that is not so major in Japan, but it has been revealed that the carver has been accused of putting a huge male genital tattoo on his back, which is completely different from the request.

In addition, not only the male genitalia but also tattoos of lewd words were put on the back of the client, but it was spelled incorrectly. It's just stepping on and kicking ...

Details are as below.
Ipswich tattooist charged over 40cm penis tattoo on man's back | Courier Mail

According to this article, a 25-year-old man living in Australia asked a 21-year-old amateur carver to get a tattoo.

The man requested to put a tattoo on his back with some dragon and yin and yang symbols on his back, but the result was a huge male genitalia with a total length of 40 cm and a tattoo of a spelled lewd word. He said he was very shocked.

You have to pay a huge amount of money to get rid of the tattoo, but police are indignant when the victim's man and the carver are discussing the design as to why this happened. He revealed that the client's man had been beaten and thrown out of the carver's house after he had finished tattooing.

By the way, the carver is accused of harming his body and harming public safety, and will be tried on November 15th.