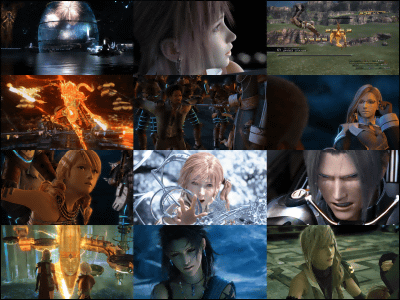 FINAL FANTASY XIII, the most awaited RPG by Square Enix is to come out in Japan on December 17. The official website was updated today and a new trailer came out.

The third and the latest official trailer is as long as 7 minutes, revealing new characters and the theme song.

Read on for details.
Following the countdown that started last week, links to the third trailer (640*360 and 1280*720) appeared on the official website. In addition to Lightning's summon Odin and Snow's summon Shiva, what appears to be Ifrit can be seen. 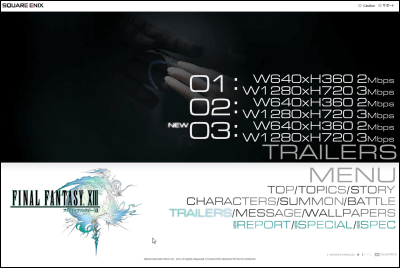 The trailer starts with a romantic scene starring Snow and Serah (Lightning's younger sister) in front of beautiful fireworks and includes plenty of battle scenes, some quick peek at previously unrevealed characters, along with the game's theme song "Kimi ga Irukara (Because You're Here)" by Sayuri Sugawara.