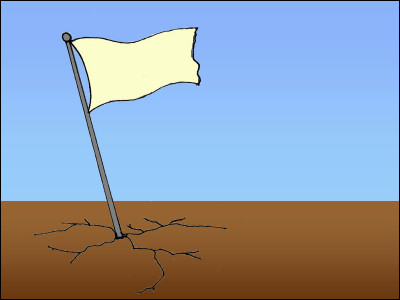 Get it? Cliches like when the hero's comrade/best friend shows off his girlfriend's picture saying "We're gonna get married when the war's over" or something, he's done (but in case she's cheating back home, he may live to find out). When an attractive girl takes a shower alone or the jock/cheerleader couple make out in a horror flick, they're obviously hoisting a "Dead Flag".

Quote your favourite line or make your own, choose the typeface and click the button. 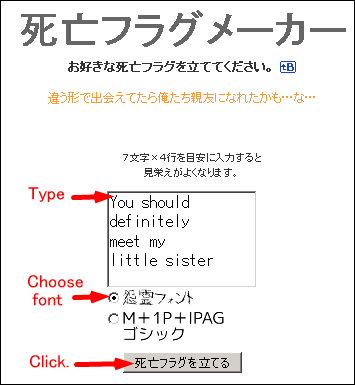 Some examples of "Dead Flag".

When your senior officer starts match-making... 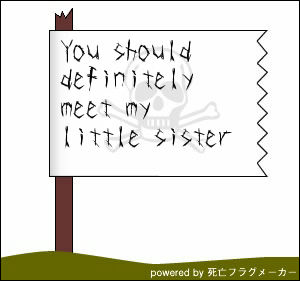 Just when you thought you're in safe distance... 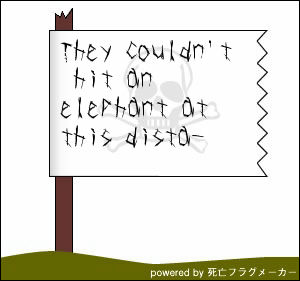 The one who believes he's invincible is the first to die. 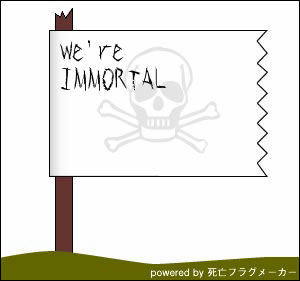 The plane back home always go down. 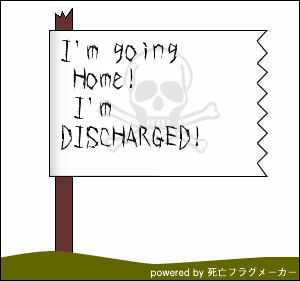