Scientists revealed how brain works when "enjoying others' misery" 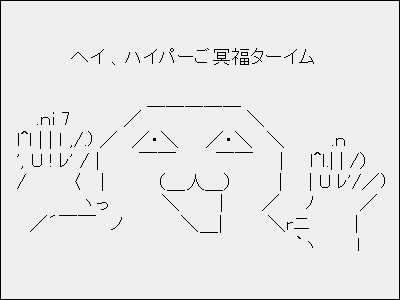 Sometimes we feel "schadenfreude", which means savouring someone's miseries. In Japanese old proverb, we say "The misery of others is as sweet as honey". No close studies has yet been made on this complex mechanism of mind and brain. But recently, a team of Japanese researchers has revealed actually which part of the brain manages the feeling.

And also, we will describe the meaning of the ascii art shown above.

The fact was found by the experiment made on 19 university students. Each of participants were told to read stories pretending they are the chief character of it, whose study grades or economic aspect is in average level.

In the story, There's three person with different characteristics.

Person A: Same sex, hobby and aim in life as participants. Has higher rank in unofficial hierarchy or social advantages like higher study grades, attractiveness.

Person B: Different sex, hobby and aim in life from participants. Has higher rank in unofficial hierarchy or social advantages.

Person C: Different sex, hobby and aim in life from participants. Average in abilities and assets.

The team used MRI to examine the brain of participants while they are reading the story. Researchers found when they are feeling envy, "the corpus striatum", the part of the brain that processes mind conflicts and pains, becomes active. And when they feel shadenfraude, "front part cingulate gyrus", the part affects the feeling of confortableness and dicision making, becomes active. The interesting thing is that they affect each other. The more the corpus striatum excites, the more the other is. Concluding that the envy and the shadenfreud has some kind of connection.

By the way, the top image saying "Hey, it's HYPER condolence time!" is the ascii art copy & pasted on bulletin board such as 2ch.net when someone gets into trouble. The ascii art may be used by the people with more schadenfreude.