What makes a particular friend feel 'more reliable than other friends'? 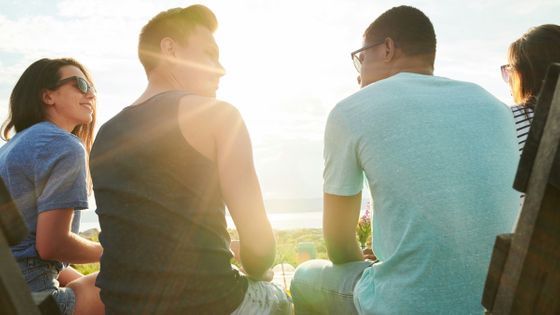 It is known that the existence of friends

affects health and happiness in life, and friends who can be relied on in case of emergency can also support the heart. A new study from The Ohio State University found that 'when one friend is close to another, he feels more reliable than when he isn't.' 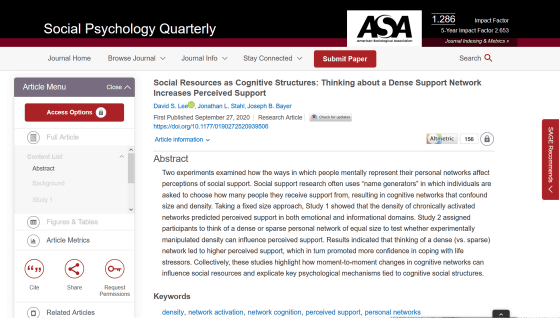 Why some friends make you feel more supported than others
https://news.osu.edu/why-some-friends-make-you-feel-more-supported-than-others/

Study Finds a Key Factor That Makes Some Friends Feel More Supportive Than Others
https://www.sciencealert.com/there-sa-reason-why-some-friends-make-you-feel-more-supported-than-others

A research team led by Ohio State University postdoctoral fellow David Lee conducted two experiments online to investigate how the types of friendships affect the feeling of relying on others. ..

In the first experiment, the research team asked 339 subjects to create a 'list of eight people to rely on in case of problems.' Most of the people on the list were friends or family members, but some of them mentioned colleagues, lovers, classmates, and roommates.

Next, the research team scaled 1 to 7 on items such as 'how much support do you think each person on the list can receive' and 'how close the eight people on the list are to each other'. I asked you to evaluate it at. 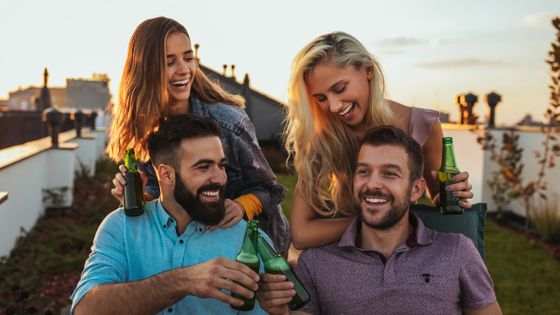 The paper's co-author, Jonathan Stahl, said, 'If you have two friends who really support you, you feel more supportive if they are friends with each other. Commented. He states that not only the relationship between himself and his friends, but also the 'relationship between friends' influences the psychology of thinking about whether someone can be relied on.

This result is just an examination of the psychological effects, and it is unclear whether intimacy between friends will lead to practical support. However, Bayer advises that when asking someone for help, 'focus on the friends you are connected to. That person is the one who feels you can get the most help.' did.