Why are women who are not beautiful when they are drunk look good? 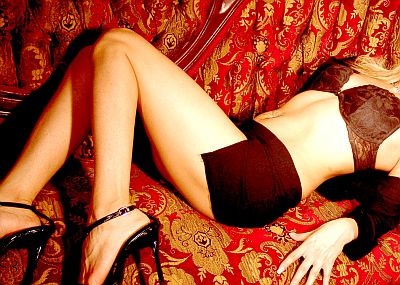 It seems that there are many men who have drunk a large amount of alcohol and got drunk and become awake and wake up the next morning and have experienced that a strange woman is sleeping next to them ... but this strange phenomenon occurs It is well known that as a common matter, when a woman is drunk, a woman who is not supposed to be a beautiful woman looks beautiful. In other words, the recognition ability is significantly reduced. This is called the 'Beer Goggle Effect' and a research team at the University of Manchester forced this mechanism into a formula. It can be calculated from alcohol consumption, spot air pollution, strength of lighting for the other woman, one's own visual acuity, and distance from the woman.

How about taking advantage of this formula to prevent the reproduction of tragedy while it is still in a state of jealousy? The formula is as follows.
Howstuffworks 'There's a mathematical formula for the' beer goggles 'effect?'

This is that formula. If β is 1 or less, there is no effect, and the larger the value is, the more alcohol correction is applied. If it is between 1 and 50, it looks a bit cute. If it passes 50, it will start to look beautiful, and if it passes 100, it will look like an endless beauty.

An = alcohol consumption. Unit is pint . One pint is 473.176475 ml.
S = Spot air pollution, 0 to 10. It will be closer to 10 if it is clouded by cigarette smoke etc. It will be 0 if it is not clouded.
L = strength of lighting for the other woman. It will be 150 at normal illuminance. When it is dark, the number drops. The unit is candela . One candelas is about one candle glow.
Vo = my sight. Enter the value in the vision test. It will lower if you have removed your glasses.
d = distance to the other woman. Enter any number from 0.5 meters to 3 meters.

Below is a big excuse for the past about this formula.

Slashdot Japan | How much water does it look like a beauty

There are also cases where glasses were made of beer bottles in anticipation of the beer goggle effect.

In addition, for the gene of Shimodo who can not drink alcohol in the first place, see the following. Shimoto seems to be particularly high in the Kinki region where the genetic proportion of new mongoloid is high. By prefecture, Mie Prefecture has the largest number of Shidotos, and Aomori and Okinawa prefectures the least.

That is, from the viewpoint of women, it is possible to drop a man in mind in reverse considering this formula.