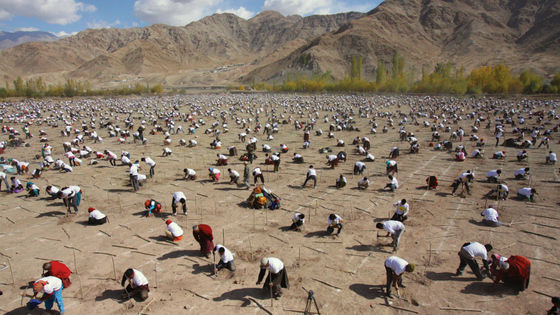 Large-scale afforestation activities are being promoted by governments around the world to combat climate change, but many of these projects are poorly thought out and fail to grow forests at all due to poor management. A research paper has been published.

On March 8, 2012, a tree planting activity on Luzon Island in the Philippines planted more than 1 million mangrove saplings in one hour, and was recognized by Guinness World Records . However, according to a 2020 (PDF file) survey , less than 2% of the planted mangroves are still alive as of 2020, and the remaining 98% have died or flowed out. In addition, it is pointed out that the place where the trees were planted was an inappropriate place such as the mangroves could not get oxygen for breathing, and this was predictable at the pre-planting stage. 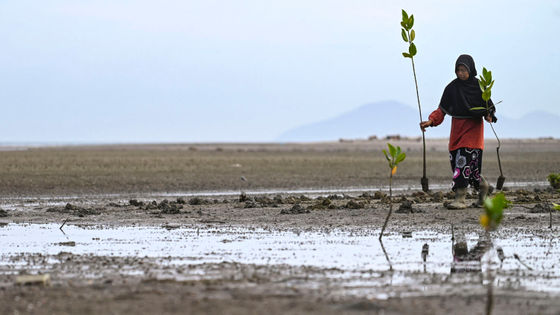 A report by a botanist states, 'Such plantation failures are not uncommon, but a frequent occurrence.' “The failure of plantation projects around the world threatens to undermine efforts to make plantations an effective means of combating climate change by reducing atmospheric carbon dioxide and trading

carbon credits ,” he said. There is,' he warned.

In November 2019, volunteers planted about 11 million trees in 2,000 locations across Turkey during a tree-planting activity in Corum Province, Turkey. was reported to have died. In addition, it has been announced that there was little evidence that large-scale afforestation in northern India over several decades led to forest expansion and carbon dioxide absorption. A 2019 survey reported that the Philippine afforestation under the National Greening Program was imposed with unattainable afforestation targets, and that afforestation was carried out ``without surveys, mapping, or planning''.

Planting failures are caused by a variety of factors, including mono-species plantings that are more susceptible to disease, planting on unsuitable land, climate change, and lack of aftercare such as watering the seedlings. .

In addition to the protection of existing forests , the creation of new forests is taking place all over the world. Hundreds of millions of dollars are spent on reforestation every year. But there are 'very few success stories,' says Larisa Duguma of the International Agroforestry Research Center in Nairobi, Kenya. Reasons for the failure of large-scale afforestation include ``the wrong saplings are planted in the wrong place'' and ``the planted saplings are left unattended''. Lack of long-term monitoring is the reason planting failures go unnoticed, Duguma said, because people tend to focus on 'planting rates' rather than 'sapling survival rates'. I'm here. Afforestation is often “greenwashing” aimed at promoting a

The International Wetland Conservation Union , an NGO based in the Netherlands, said, ``Mangrove restoration projects in recent years have had a success rate of 15 to 20%, and tens of millions of euros (billions of yen) have been spent on these activities. I am accusing .

Even with the best planning and monitoring, some reforestation projects fail. Forests planted in California are more susceptible to wildfire damage than before due to climate change, raising questions about the viability of forests and the reliability of carbon credits. William Anderegg, a forest ecologist at the University of Utah , estimates that climate change will quadruple wildfire rates in the western United States by the end of the 21st century, necessitating a revised carbon credit standard. pointing out. A further issue in planting trees is the relationship with the local population. Before planting trees, it is recommended to ask local residents what kind of trees they need and where they should be planted, and to ensure that the social and environmental conditions are right before planting trees. Furthermore, many forest ecologists argue that creating space for the natural activities of trees leads to more forest recovery than planting trees. Regarding mangroves, Wetlands International recommends that large-scale afforestation projects be avoided and areas where mangroves can grow naturally are created.