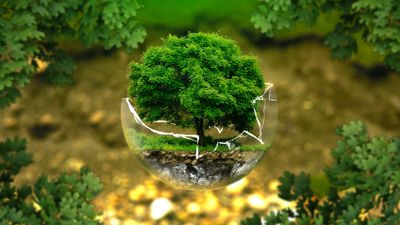 As trees grow up to absorb more carbon dioxide as they grow, afforestation is considered to be a countermeasure against global warming caused by greenhouse gases such as carbon dioxide. Researchers at the Zurich Institute of Technology insist that it is 'the most powerful and cheap way to cope with climate change.'

Professor Thomas Klauser of the Zurich Institute of Technology analyzes the world's 'open space where plantable space is available but trees are not currently planted'. As a result, all vacant land in the world corresponds to a space for planting 1.2 trillion trees. If planted in all vacant lands, 'planted trees are artificially discharged worldwide. It has been found that it will absorb carbon in an amount exceeding “carbon dioxide such as carbon dioxide (CO2)”. 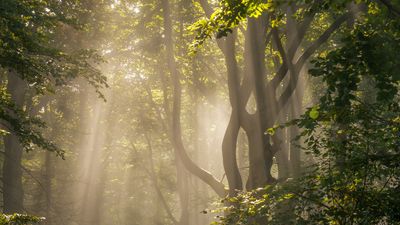 Based on the 80,000 high-resolution satellite photographs of Google Earth, the research team of Crowsar et al. Excluded AI from lands on the earth from areas used for farming, urban areas, and cultivation of crops, etc. We used the factors such as soil, topography, and climate to create a 'global map that shows the growth of trees.'

The land of 1.7 billion hectares corresponds to 11% of the total land area, which is equivalent to the combined area of the United States and China. For example, some areas are densely populated with trees close to 100% density, such as tropical rain forests, and there are many sparsely populated forests, so there is more room for planting forests on earth than people imagined. That's right.

'The results of this study show that restoring forests is by far the best way to combat global warming, not by itself, but by far the best,' he said. The biggest surprise to Mr. Crowsar is the scale at which afforestation can be deployed, claiming that it is more effective than any proposed global warming measures. On the other hand, Mr. Klausher also recognizes that it will take decades or more for afforestation to be effective, and ongoing efforts are underway, such as reducing fossil fuel use and stopping deforestation. Also need to continue.

However, one of the reasons why tree plantings are so effective is that 'anyone in the world can easily take action now, regardless of the intention of the government.' The cooperation of governments and economic organizations is required for companies to make large-scale reductions in greenhouse gas emissions, and for scientists to receive funding to develop innovative technologies to combat global warming. . On the other hand, afforestation does not require the government's permission or large-scale funding or breakthrough, especially, and the general public can take part in afforestation activities by themselves or donate it to afforestation organizations, making it possible to take measures against global warming. You

'The results of this study are an important blueprint for governments and private organizations,' said Cristiana Figueres, founder of Global Optimism , a group that addresses climate change. 'This research is very good. It provides an ambitious but essential vision for climate and biodiversity,' said Joseph Puer, ecologist at Oxford University. .