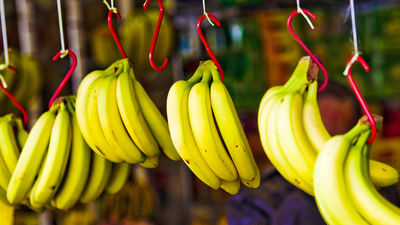 Bananas, which are loved all over the world, are one of the product crops that support the industry of about $ 8 billion (approximately 860 billion yen) annually, and are said to be consumed more than 100 billion each year worldwide. The science media, Live Science, warns that the “ Cavendish ” species, the most commonly grown of the banana varieties, may soon disappear.

Cavendish species are grown not by sexual reproduction using stamens and meibe but by vegetative reproduction from seedlings. In the case of vegetative reproduction, every growing individual is a clone of the same individual, which has the potential of destroying all the individuals against one pathogen. 'The two most dangerous threats to Cavendish are two of the pathogens,' said Nicolas Lou, senior research officer at Bioersity International (International Center for Biodiversity) in France. 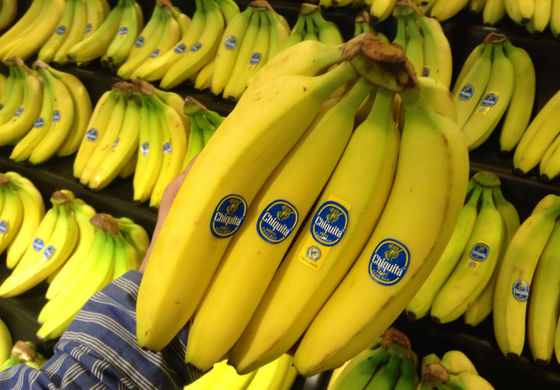 One of the pathogens that threatens Cavendish species is a type of mold called ' Fusarium '. Fusarium is not limited to bananas, but can cause diseases to tomatoes, cucumbers, melons, strawberries, pumpkins, etc. Originally Cavendish species, was once the mainstream gross Mitchell species in the 1950s derived from Fusarium genus Fusarium disease in varieties that have been developed in the wake of that it has received a devastating blow, the resistance to Fusarium spp. Breeding has been improved to have. Therefore, since the middle of the twentieth century, it has been replaced by Gross Mitchell, and it has become the most eatable banana in the world. However, with the new species of Fusarium bacteria, wilt disease was confirmed in the 1990s. When this new type of bacteria invades the stem, it shuts off the water supply of the plant and eventually kills it. No effective measures have been found, and it is necessary to disinfect the entire soil in order to control the spores in the soil, and it is difficult to stop the spread of the disease once the farm soil is contaminated.

A new species of Fusarium is widespread at banana plantations in Australia, East Africa, China, India and Taiwan. If it also spreads to Ecuador, the world's largest exporter, cultivation of Cavendish species will be virtually over, says Mr. Lu. Mr. Lou points out that banana cultivation has been forced into a stand by the cultivar being biased towards one species. 'We are persuading banana breeders to grow bananas of all varieties found in the local market,' says Lou.

Sanderson Bellamy, an ecologist at Cardiff University , argues, 'If we are to create long-term change, we think it is necessary to change the banana farming method.' Bananas are commonly grown on large farms and generally harvested with large numbers of personnel. However, Bellamy says, “The farm should be grown on a small farm with a variety of crops. The price is high, but the rich diversity of the farm is resilient to pathogens and only a small amount of pesticides. 'I believe that for the whole of the unsustainable agricultural system, we can learn a lot from the catastrophe that falls on Cavendish species.'