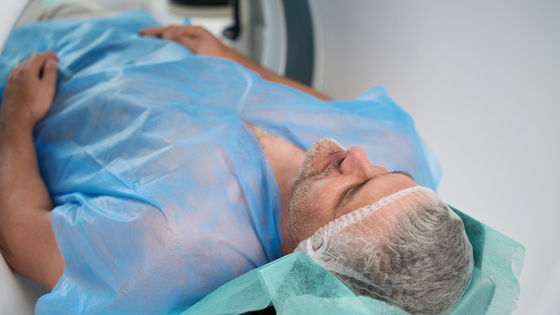 functional magnetic resonance imaging (fMRI) and letting AI analyze it. It is expected that this technology will greatly advance technology that supports communication for people who are unable to speak or move their bodies due to illness or injury.

Mind-reading AI works out what you are thinking from brain scans | New Scientist
https://www.newscientist.com/article/2342509-mind-reading-ai-works-out-what-you-are-thinking-from-brain-scans/

Technologies that scan the brain and read thoughts have appeared so far, but most of them used invasive devices that required surgically implanted electrodes and implants in the head. 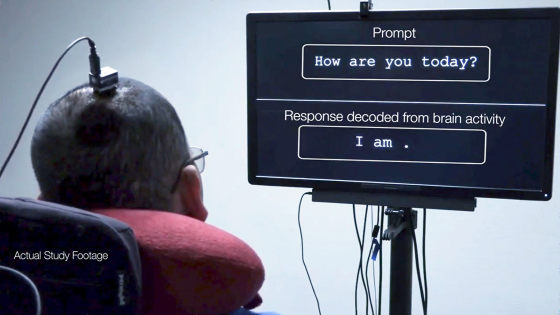 This time, a research team led by Alexander Huth, a neuroscientist at the University of Texas at Austin, published a paper on the preprint server bioRxiv on September 29, 2022, using fMRI to noninvasively Announced that it succeeded in reading thoughts.

First of all, fMRI is a technology that reads the function of the brain by applying electromagnetic waves to measure the blood flow in the brain. As a result, there is no need to implant electrodes in the head, but compared to devices that directly read neuron signals, analysis takes time and lacks real-time performance. However, instead of deciphering the words that the subject is thinking word by word, the research team solved this problem by reading the meaning of the brain's advanced thinking with an AI model using machine learning. .

In developing this technology, the research team first asked a total of three people, two men and one woman in their 20s and 30s, to listen to audio dramas and podcasts using fMRI equipment. Then, we trained with the fMRI scan data measured for a total of 16 hours in several times and the original sentences, and created a 'decoder' which is an algorithm that analyzes thoughts from the fMRI data. When the data of the subject's brain was read again into the decoder made in this way, it was possible to reproduce the story heard by the subject quite accurately.

In the following, the left is a new sentence that was not used for decoder training, and the right is a sentence made by the decoder reading the thoughts of the subject listening to it. In addition, the blue letters are the parts where the words matched exactly, the purple parts were able to read the gist of the story, and the red parts failed to read. There are some mistakes in the details, but you can see that the words and phrases are reproduced accurately and the main points are well captured.

The research team believes this technology could help support communication for people who cannot speak or move their bodies. This is because fMRI technology is non-invasive and does not require surgery to implant electrodes in the brain. Of course, the fMRI equipment is too large for individuals to buy or use easily, but according to Mr. Huth, there is a possibility that this technology can be applied to magnetoencephalography using equipment that is more portable than fMRI. About.

On the other hand, some people may be skeptical when they hear that their thoughts can be read with electromagnetic waves, but a decoder created by learning a person's thought data can only be used to decipher that person's thoughts. It didn't work for humans at all. This means you can't read minds without attending an extensive 16-hour training session beforehand.

The research team also asked the subjects during the scan to think about other things and count numbers to see how inaccurate the readings were. As a result, animal associations were the most effective in hindering decoding.