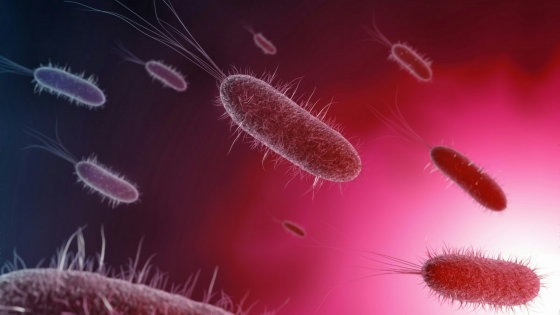 The bacteria that inhabit the inside of the intestine are called

enterobacteria , and in recent years, attention has been paid to the state and diversity of intestinal bacteria that are involved in people's health. Research results have been announced that such intestinal bacteria 'may evolve to live in places other than the intestine.'

How gut microbes can evolve and become dangerous | YaleNews
https://news.yale.edu/2022/07/13/how-gut-microbes-can-evolve-and-become-dangerous

Gut Bacteria Could Be Evolving Inside Us to Escape The Intestine : ScienceAlert
https://www.sciencealert.com/gut-bacteria-could-be-evolving-inside-us-to-escape-the-intestine

'But the idea that potentially pathogenic bacteria can live in healthy people for decades and not affect health,' said Noah Palm , an associate professor of immunobiology at Yale University. It was a mystery,' he said. Therefore, Palm et al.'s research team conducted research to monitor how intestinal bacteria evolve over time.

The research team introduced Enterococcus gallinarum , a type of pathogenic enterococcus that is found in about 6% of the human gut microbiota, to germ-free mice that do not have intestinal microbes. We conducted a monitoring experiment. As a result of the experiment, we observed that Enterococcus gallinarum evolved into two different types in the gut of mice. One type was similar to the original strain, but the other type was able to live in the intestinal mucosa due to DNA mutations, and it escaped the intestines and survived in the lymph nodes and liver. It was evolving like

Mutated bacteria can hide in organs, at least temporarily avoiding immune system attack. The presence of such bacteria may, over time, cause inflammation associated with autoimmune diseases, the researchers note.

This evolutionary process is a phenomenon called ``intra-host evolution,'' and since non-pathogenic bacteria are preferentially transferred between individuals, it is believed that evolution will be redone for each new host. Diversity in gut microbiota reduces populations due to the limited resources available to individual bacteria, and reduces the likelihood of emergence of dangerously mutated pathogens. However, when the diversity of gut bacteria is low, pathogens with dangerous mutations are more likely to emerge, Palm explained.