Amazon announces 'Proteus', a transport robot that can decide the route by itself and avoid obstacles 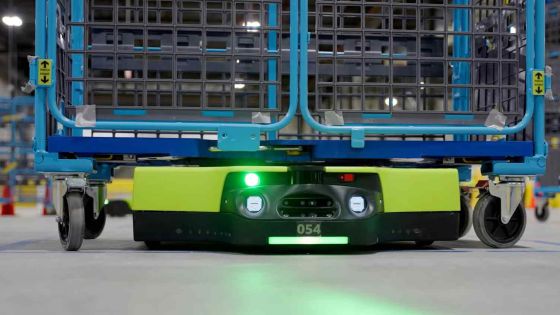 Amazon has announced the ' Proteus ' robot, which allows you to choose your own route and carry your luggage while avoiding obstacles. In addition, multiple robot systems such as a robot that puts luggage in a cart one by one and an ultra-high-speed scanning system have been announced.

Look back on 10 years of Amazon robotics

◆ Transport robot 'Proteus' that allows you to select the route yourself
In Amazon's warehouse, autonomous robots carry heavy loads on behalf of humans . However, these robots had the problem that they could only move on a fixed route. Amazon's newly announced Proteus can recognize the surrounding situation and flexibly change the route, and it also has a function to detect obstacles and pause.

You can see what kind of robot Proteus is by playing the following movie.


The green robot moving under the cart is Proteus. A green ray is emitted from the front of Proteus. Proteus, who sneaked under the cart, just lifted the cart and ran away. In front of the Proteus, there are crackling parts attached like eyes. 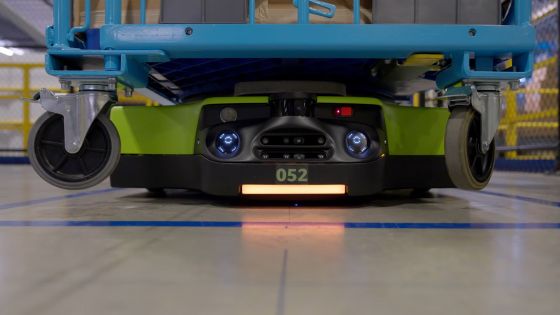 When a human stands in front of you, it pauses ... 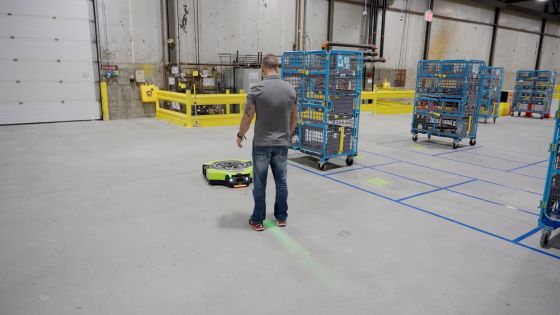 When the humans left, they resumed their movement. 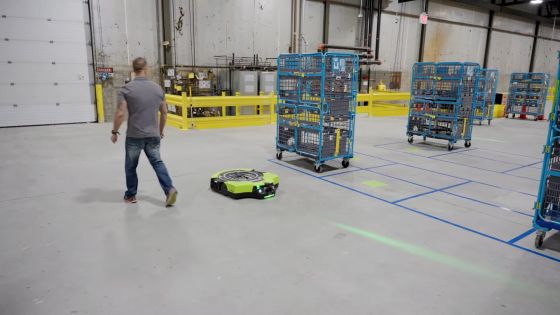 ◆ 'Cardinal' to organize the stacked luggage
Amazon has also announced a robot 'Cardinal' that recognizes luggage and classifies it into carts.


Multiple pieces of luggage flowing around. 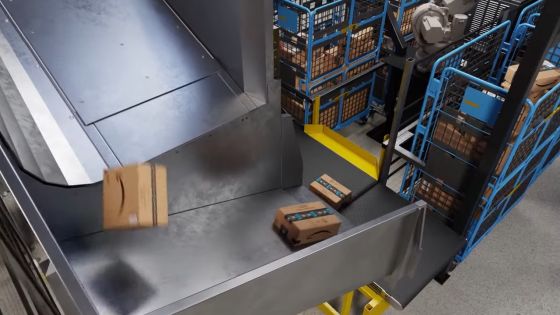 Cardinal is equipped with a high-precision image recognition system and AI, and you can select and lift one of the randomly piled luggage. 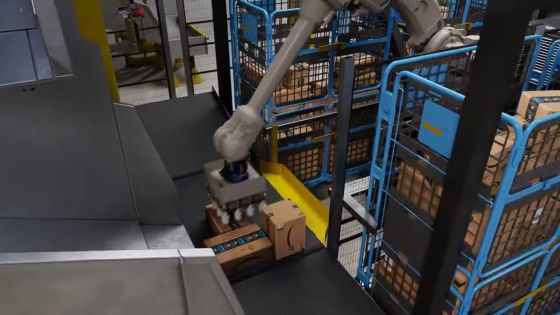 The lifted luggage will be loaded into the cart as instructed on the label. 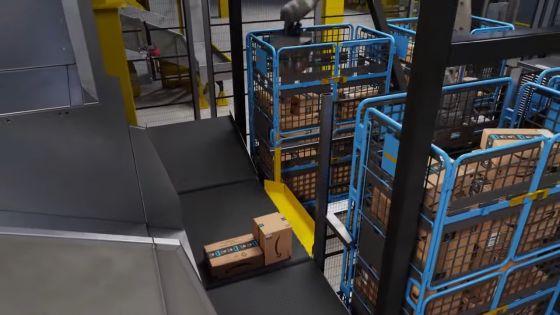 Even a vertically rolled box can be carried without problems. 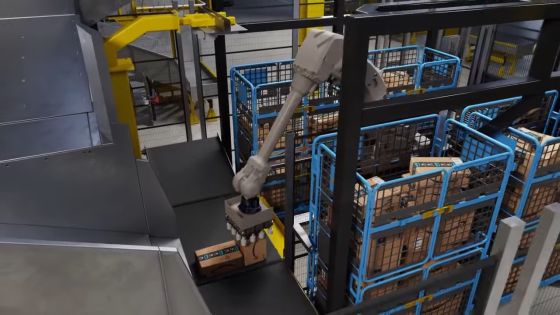 Proteus came to the place where Cardinal was loading ... 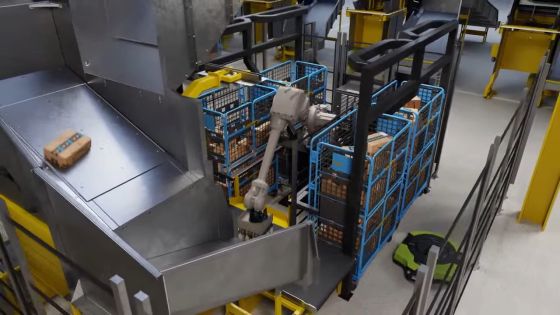 I carried out the cart. Other Proteus can quickly carry an empty cart. According to Amazon, Cardinal can carry up to 50 pounds (about 23 kg) of luggage. Cardinal is testing the prototype at the time of writing the article and plans to start commercial use in 2023.

◆ Ultra-high-speed scanning system 'Amazon Robotics Identification'
Amazon manually scans your packages when you move them from your inventory shelves to your shipping shelves. Amazon has developed a new scanning system 'Amazon Robotics Identification' that uses a camera at 120 frames per second to speed up the scanning of luggage.

Amazon employee-led feedback inspired the creation of this robot --YouTube


When an employee moves luggage from a cart to a shelf ... The display on the monitor in the back of the screen has changed from yellow to green. It seems that humans do not have to hold the luggage in front of the scanner, and the scan is completed only by the natural movement of carrying the luggage. There is no need for special operations such as 'moving slowly in front of the monitor', and it seems that luggage can be moved smoothly. Amazon's newest robot has improved safety in the workplace --YouTube The blue robot and the orange robot pass the container very smoothly. 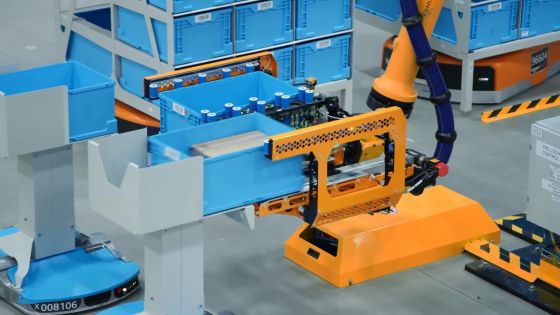 Robots bring containers so employees don't have to do dangerous tasks like climbing high ladders. 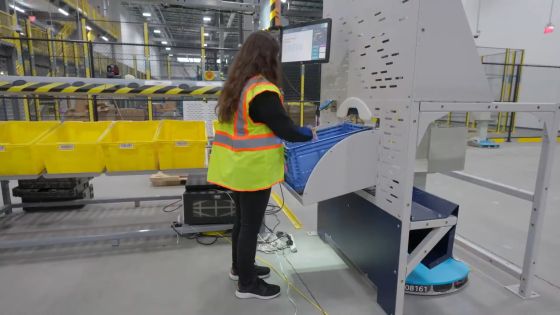 In addition, Amazon has been reported that 'Amazon is trying to replace human work with robots', but we are not a choice between robots and humans, but humans and robots are in harmony. We are aiming for a future where we can work together. '