What is the price to pay for the starved brain switching to 'energy saving mode'? 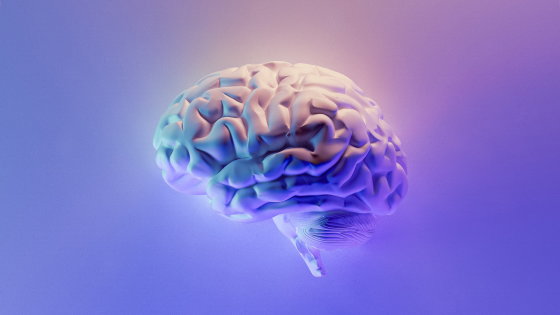 Battery-powered electronic devices such as smartphones and laptops become unusable when the battery runs out, but you can extend the time until the battery runs out by switching to 'power saving mode'. Similarly, it has been found that the animal's brain also switches to 'energy saving mode' when food shortages continue, reducing energy consumption.

The Brain Has a'Low-Power Mode' That Blunts Our Senses | Quanta Magazine
https://www.quantamagazine.org/the-brain-has-a-low-power-mode-that-blunts-our-senses-20220614/

The human brain uses adenosine triphosphate (ATP) produced from glucose to process information, and although the brain's share of body weight is only about 2%, daily calorie consumption Is 350-450 kcal, which accounts for 20-25% of the average basal metabolism. It is generally known that the brain does not change its calorie consumption so much on an empty stomach, but since starvation is a major threat to humans and other animals, scientists say, 'When the brain is in an emergency, calories are consumed. Isn't it going to shift to an energy-saving mode that reduces consumption? '

In a 2016 study , brain activity in hungry mice was more strongly associated with food images, supporting the experience of being hungry and thinking only about food. It turns out that brain activity is reduced. Similar studies have been conducted in humans, and it has been found that some brain regions respond strongly to food photographs when the subject is hungry.

A 2013 study also showed that in chronic starvation rather than temporary starvation, brain processes are reduced and energy expenditure is reduced. The study found that starved Drosophila save energy by shutting down the brain circuits involved in the energy-consuming 'formation of long-term memory.' In addition, researchers forced the brain circuit to activate, and the hungry Drosophila died faster. In short, the energy-saving mode of the brain helps to save energy in starvation and increase the chances of finding food and surviving. 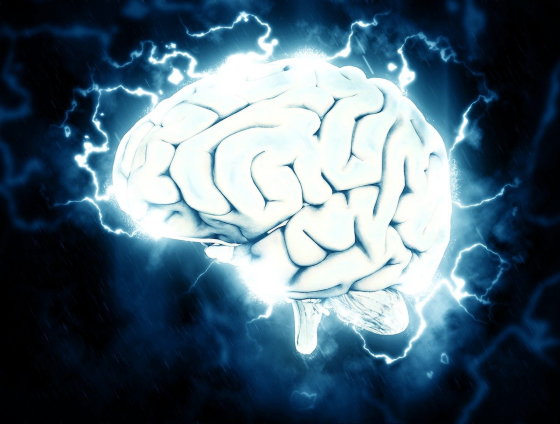 However, it was unclear whether Drosophila-like energy-saving modes also exist in animals with much larger brains and cognitive functions, such as mammals. Therefore, a research team led by Dr.

Natalie Rochefort of the University of Edinburgh in the United Kingdom limited food for three weeks and conducted experiments on mice that weighed at least 15% less than three weeks ago. In this experiment, the team fed just before the experiment to prevent the mice from becoming hungry so that short-term starvation did not affect brain activity.

In the experiment, the research team showed mice an image of two black bars combined at different angles and observed the number of neurons fired in the visual cortex of the mouse. Neurons in the primary visual cortex of the mouse correspond to 'lines in a particular direction', and 'neurons corresponding to 90 degrees' are more frequent as the lines contained in the visual information are tilted at 90 degrees or closer. It is said that the ignition speed decreases as the angle increases. As a result of the experiment, it was found that the neuron firing rate in the starved mouse was the same as that in the mouse eating sufficient food, but the 'accuracy of sensing the angle from the visual information' was reduced.

Also, in another experiment in which the direction in which the mouse should go in the water-filled passage is shown by 'angle of the stick in the image', the starving mouse has a reduced ability to recognize the angle of the stick, which is appropriate. It was confirmed that it became difficult to choose a course. 'What you get in this energy-saving mode is the image of the world's'low resolution',' said Zahid Padamsey, the lead author of the paper.

According to the research team, starved mice had a 29% reduction in ATP consumption in the brain at the cost of 'low resolution' vision, turning on the brain's energy-saving mode when starved. It was shown to be. 'There is still the possibility that what we have shown does not apply to the sense of smell, for example,' Rochefort said, but neurons function in a very similar way throughout the cortical region. Therefore, it seems that there is a high possibility that another sense will switch to the energy saving mode as well as the visual sense.

The research team also found that giving mice a hormone called leptin could force them to cancel the energy-saving mode of vision. Leptin is a hormone produced by fat cells that promotes an increase in energy consumption, so when the concentration of leptin is low, the brain detects starvation and turns on the energy saving mode, and when the concentration of leptin is high, it is possible to cancel the energy saving mode. The research team thinks that it is highly prone. “Supplying leptin can trick the brain into restoring cortical function,” Rochefort said. In biomedical research, it is common to temporarily starve mice and other laboratory animals to perform tasks in exchange for food rewards. However, this study suggests that starvation may turn on the energy-saving mode of the brain and change brain function, suggesting that past experimental results may have been distorted by the energy-saving mode. increase. 'If you want to know about animal perception and neuronal sensitivity, you have to think very carefully about your experimental plans and interpretations,' said Lindsey Glickfeld, a neuroscientist at Duke University. ..