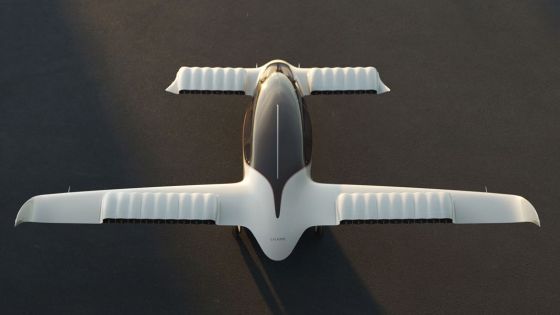 Lilium , a company that develops electric airplanes that can take off and land vertically on the spot without the need for a long runway, succeeded in an unprecedented flight experiment of ' switching an electric airplane in flight from hover flight to lift -based flight' Did. Lilium will continue to develop electric airplanes, and will eventually aim to provide 'a service that allows you to call airplanes anywhere with an app' like Uber.

Lilium is a company that is developing electric airplanes to provide an airplane version of 'a service that calls a taxi to a specified point with an application' like Uber. The aircraft developed by Lilium is characterized by being able to take off and land vertically without the need for a runway, and was successfully tested for the first time in 2017.

Lilium Jet, an electric airplane capable of vertical takeoff and landing like a helicopter, succeeded in the first flight test and may dramatically change urban traffic --GIGAZINE 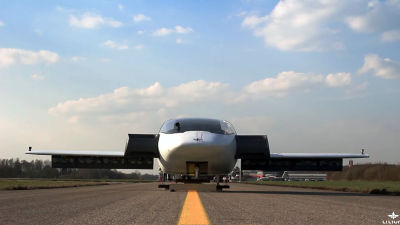 
'Phoenix 2' brought to the experimental site. 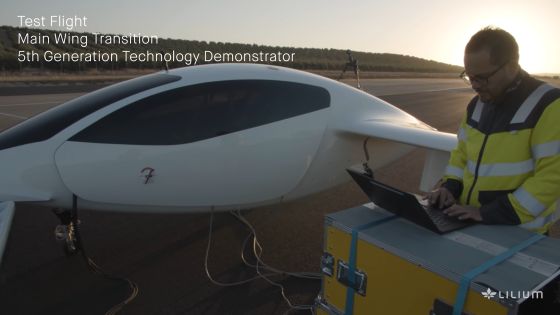 Take off vertically from the experimental site. 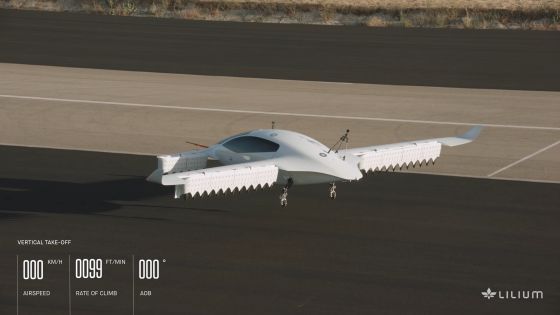 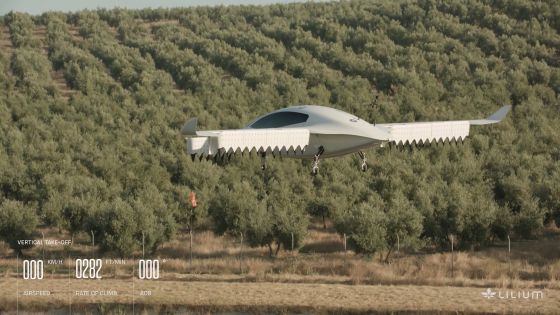 In a normal aircraft, the angle of the part corresponding to the flap is changed to accelerate forward. The wings are fitted with straps to visualize the air flow. It also makes a gentle turn. The speed is maintained at about 122km / h. Up to this point, we are flying by hover. And adjust the angle of the flap ... 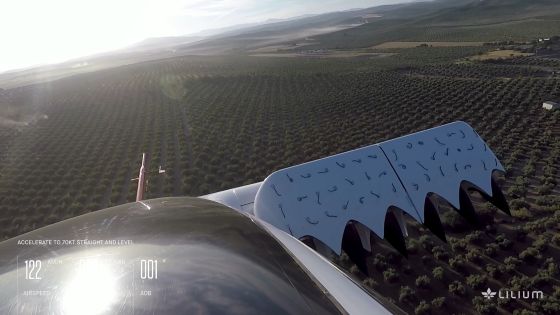 'Phoenix 2' keeps the flight with lift for a few seconds. 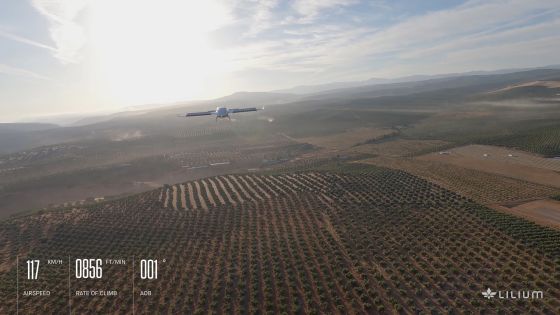 Then, I changed the tilt of the flap again and switched to hover flight. 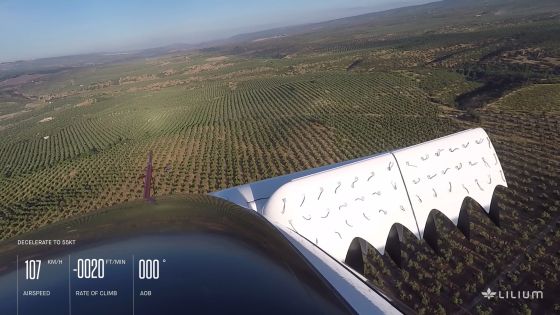 After that, 'Phoenix 2' slows down and returns to the experimental site ... 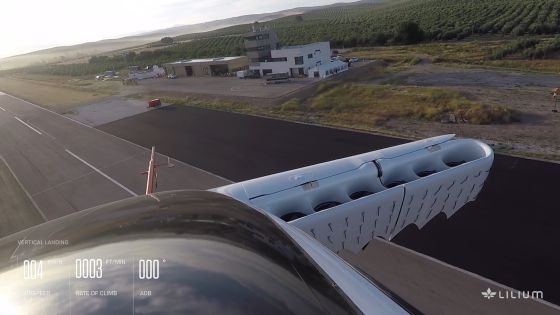 I sprayed air with the flaps pointing straight down and landed slowly. 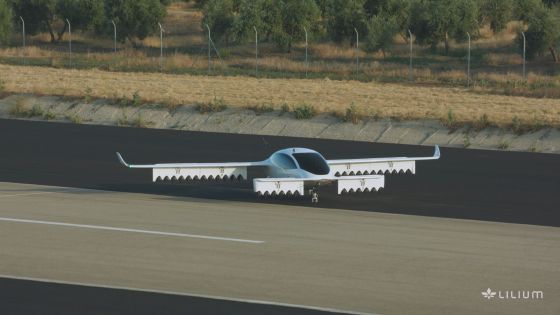