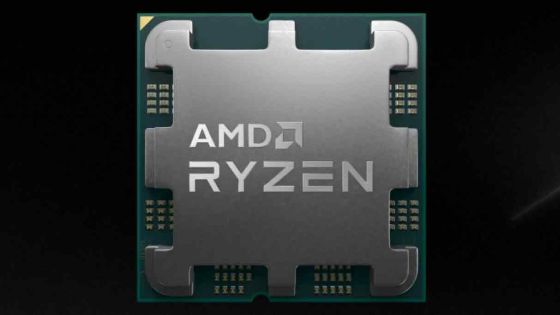 AMD held an investor event ' Financial Analyst Day ' on Thursday, June 9, 2022. At the event, additional information on the CPU architecture 'Zen 4' and an overview of the GPU architecture 'RDNA 3' were announced.

◆ Zen 4 & Zen 5
In May 2022, AMD announced the next-generation CPU 'Ryzen 7000 series' that adopted the Zen 4 architecture. In the announcement in May, it was revealed that the 'Ryzen 7000 series' will be produced by TSMC's 5nm process and that it is compatible with DDR5 & PCIe 5.0, but in this announcement it is a CPU that newly adopts Zen 4 It has been revealed that the IPC (Instruction Per Cycle) will be improved by 8 to 10% compared to the previous generation Zen 3 CPU. In addition, Zen 4 has been shown to improve single-threaded performance by more than 15%, including an extended instruction set for AI and AVX-512. In addition, AMD has announced that it plans to launch a Zen 5 CPU in 2024. The published slide says 'a whole new microarchitecture', foretelling improvements in performance and efficiency and the addition of features for AI. ◆ RDNA 3
Information on the GPU architecture 'RDNA 3' was also released on Financial Analyst Day. RDNA 3 is scheduled to improve efficiency per power by 50% or more compared to RDNA 2, and will be produced by the 5nm process. 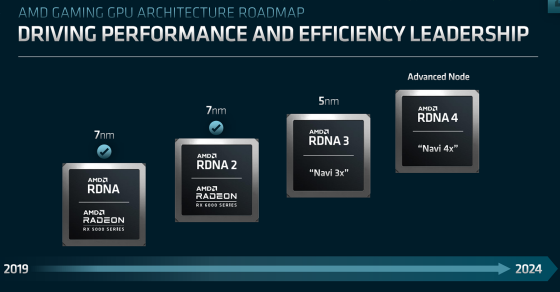