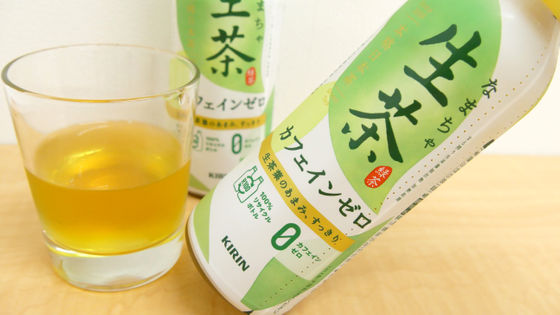 Kirin's green tea 'Nama-cha Decaf', which is characterized by zero caffeine, has been renewed and newly introduced as ' Kirin Nama-cha Caffeine Zero '. It is a green tea that you can enjoy the sweetness and refreshing taste of raw tea leaves, so I actually drank it to see what it tasted like.

The package of 'Kirin Nama-cha Caffeine Zero' looks like this. 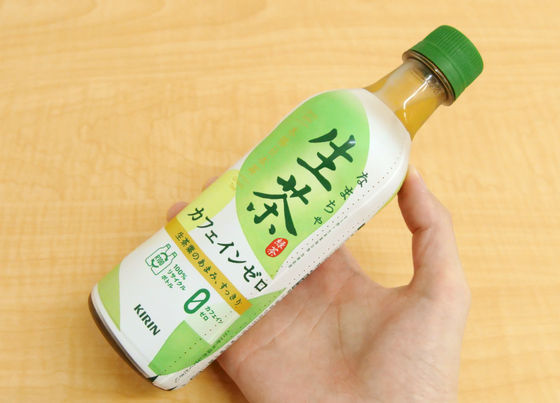 Calories are 0kcal per 100ml and caffeine is 0g. I poured it into a cup. 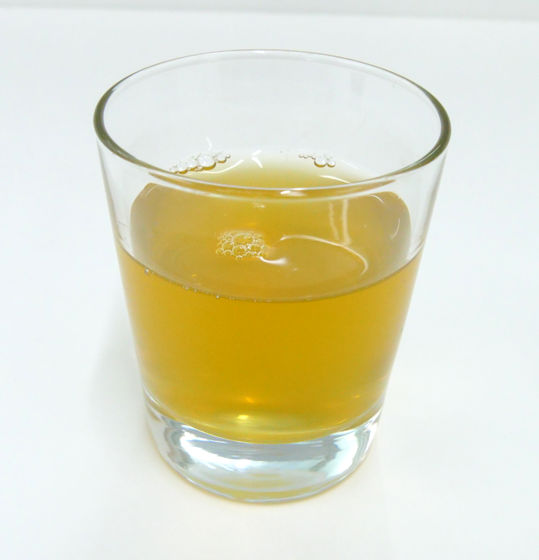 When you drink it, you can immediately tell that it is green tea, but you will not feel any astringency or bitterness, and the impression is that it is very easy to drink. I didn't really feel the 'sweetness of tea leaves', but maybe the point that 'it's green tea isn't bitter' is expressed as 'sweetness'. Barley tea, jasmine tea, oolong tea, etc. are rivals as caffeine-free tea, but it is also characterized by having no peculiar taste and aroma compared to those products, so it is one of the best choices when you want to rehydrate. I felt that it was an item that would be added to the product. 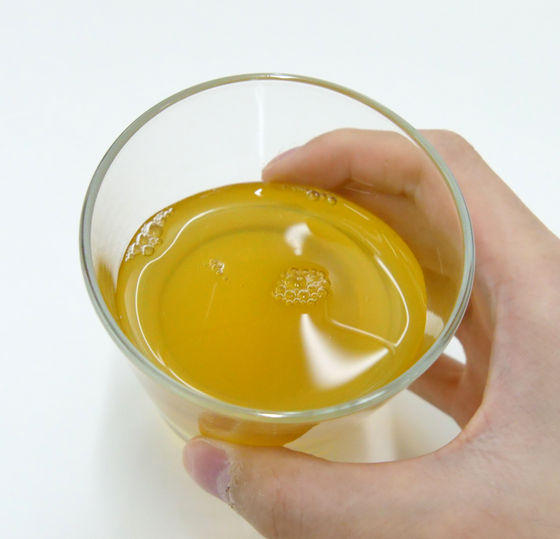 The price of 'Kirin Nama-cha Caffeine Zero' is 140 yen excluding tax, and it will be on sale nationwide from June 7, 2022.