At the developer event WWDC22 held by Apple, ' M2 ', the next major version of the M series, which is a proprietary SoC for Mac, was announced. 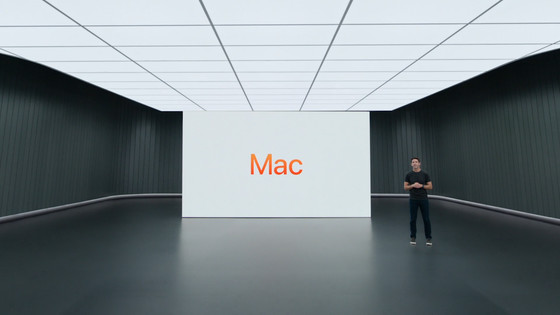 'M2', the next generation version of Apple's proprietary silicon, has been announced. 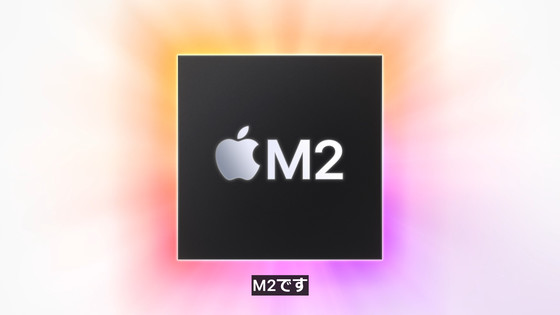 The M2 is the second generation chip of the M series ... It is possible to maximize performance while minimizing power consumption. 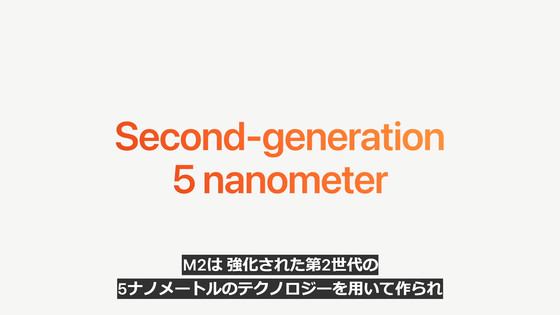 The number of transistors has reached 20 billion. This is a 25% increase from M1. 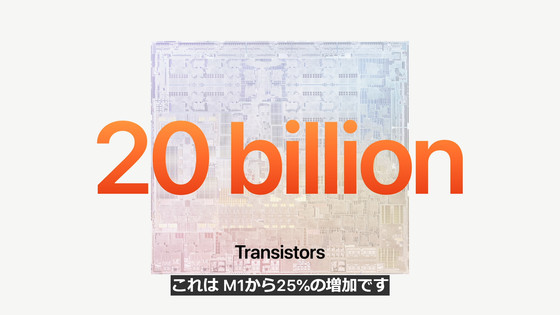 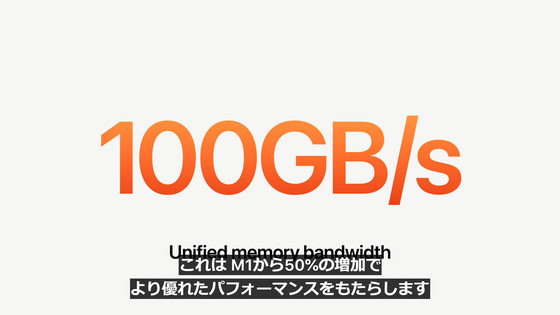 Unified memory is up to 24GB 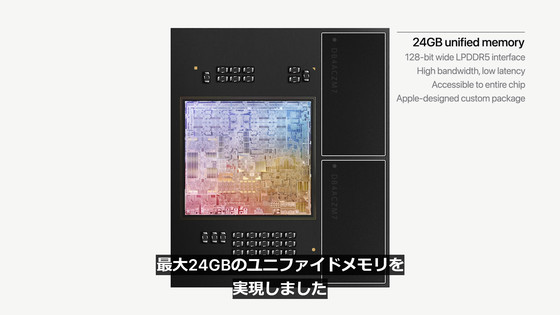 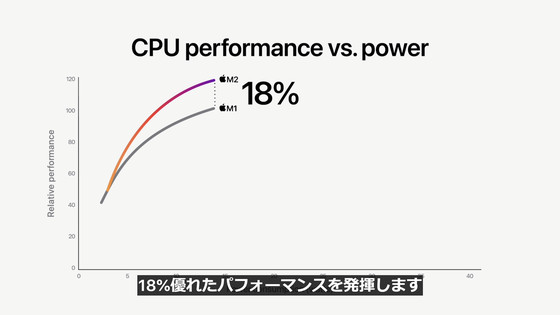 It consumes a quarter of the power of a PC with a 10-core CPU. 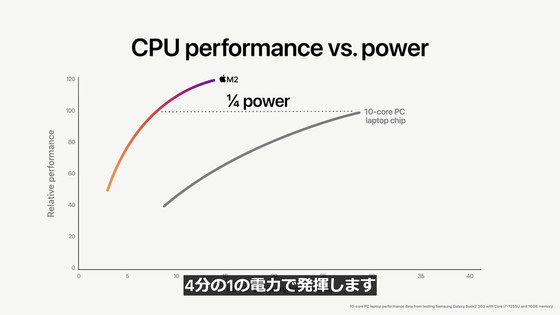 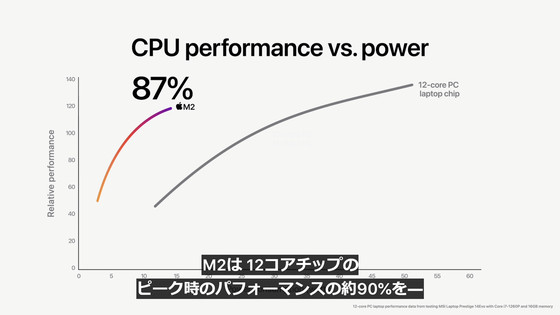 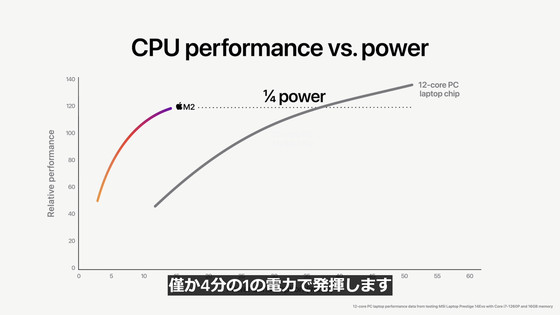 The M2 has the same power level as the M1 and has up to 25% higher graphics performance ... 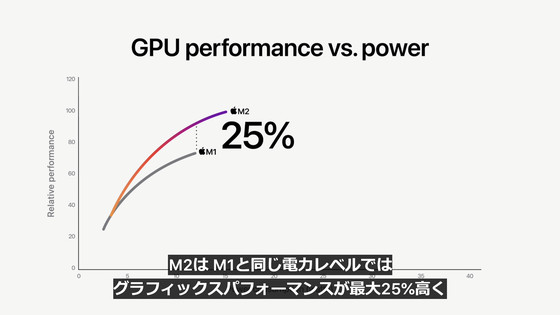 At the same power level, 2.3 times faster performance can be achieved. 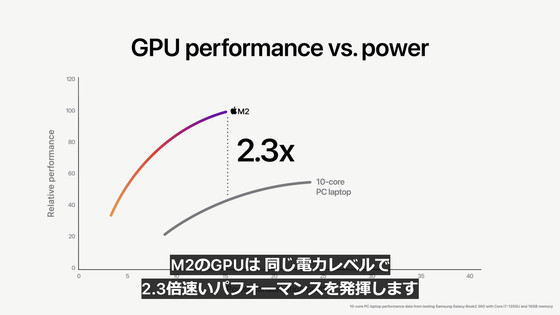 Equivalent performance can be achieved with just one-fifth the power of a PC with a 10-core GPU. 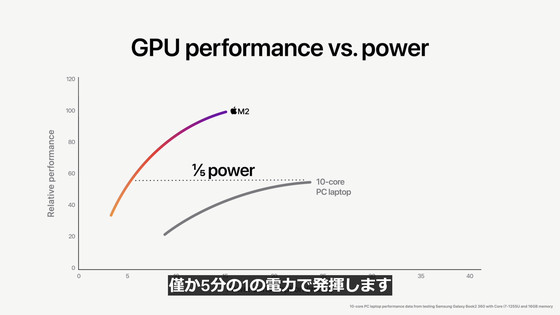 Performance increased by more than 40% from M1 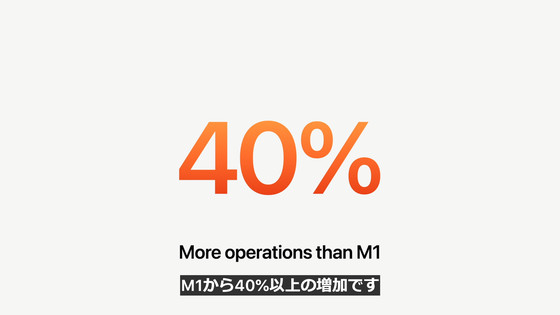 In addition, it also has a powerful ProRes video engine that supports H.264 and HEVC 8K video. 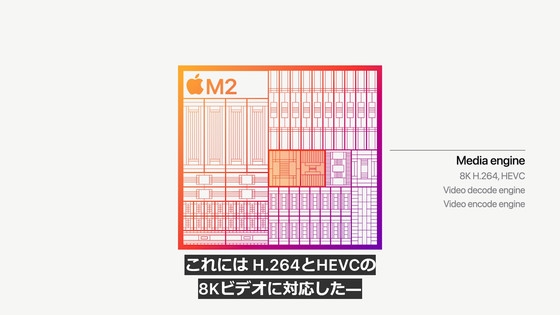 This also makes it possible to handle multiple 4K and 8K movies. Below is an image summarizing the details of the M2 chip.