After all, how effective was the booster dose of the new corona vaccine? Do I need to get a fourth vaccination? 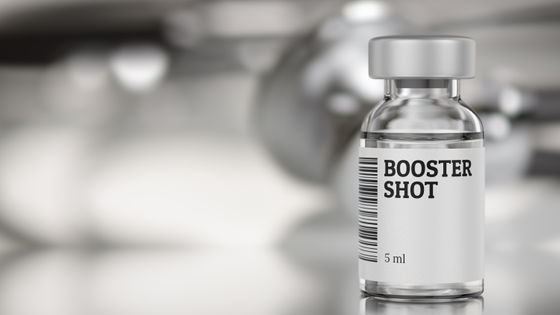 On April 27, 2022, the Ministry of Health, Labor and Welfare announced a

policy to give a fourth dose to people five months after the third dose of the new coronavirus vaccine. What was the effect of vaccination three times, which should have been 'complete vaccination' in the first place, the need for a fourth vaccination, and more vaccines for those who may have a new coronavirus infection. Epidemiological experts are verifying the 'hybrid immunity' gained by receiving the vaccination.

Do you need a second booster shot? An epidemiologist scoured the latest research and has some answers
https://theconversation.com/do-you-need-a-second-booster-shot-an-epidemiologist-scoured-the-latest-research-and-has-some-answers-180488

◆ Limitation of booster vaccination (third vaccination)
According to Caitlin Jeterina, an epidemiologist at the University of Texas Health Sciences Center's Department of Public Health, the UK Health and Security Agency's (PDF ) summarizes follow-up data 15 weeks after the third vaccination, the first boost. From the file) report , it can be seen that 'the effectiveness of the vaccine against infection is significantly reduced after the third vaccination, while the effectiveness against hospitalization risk is far superior to the efficacy against infection'. .. However, even the preventive effect on hospitalization seems to be gradually decreasing over time.

A study of booster vaccines in Moderna also found that levels of neutralizing antibodies decreased 6 months after the booster vaccine. This supports the fact that post-vaccination infections, so-called breakthrough infections , were especially common in 65-year-olds.

In addition, according to a survey by the Centers for Disease Control and Prevention, the preventive effect on emergency medical care and emergency medical institutions has decreased significantly 5 months after the booster vaccination, while the preventive effect on hospitalization has been almost maintained with only a slight decrease. I know that.

While these studies are for all age groups, studies of the elderly have shown a slower immune response than young people. A third dose of the subjects of this study, ages 76-96, improved significantly in neutralizing antibody levels, but 3-5 months after vaccination, especially antibodies against the Omicron strain. The level has dropped significantly. ◆ Necessity of the second booster vaccination (fourth vaccination)
In Israel, the fourth inoculation has been carried out for the elderly and people with weak immunity ahead of other countries in the world, and four research results on its effect have been reported so far.

One of these, the Pfizer and BioNTech vaccine

study , found that more than 1 million people over the age of 60 in Israel were given a fourth dose, that is, an infection after the second booster dose. We evaluated the tendency to become more severe. As a result, it was found that the infection rate immediately after the 4th vaccination was reduced by half compared to after the 3rd vaccination. However, this preventive effect declined rapidly after 6 weeks. On the other hand, the aggravation rate decreased to about a quarter of that of the third dose, and the preventive effect did not decrease for 6 weeks after inoculation. The number of hospitalized patients was very small in both the group that examined the infection rate and the group that examined the severity rate.

Although not yet peer-reviewed, a large study of 563,465 Israelis aged 60 to 100 years has also been published. According to this study, 58% of patients enrolled in the Israeli healthcare system received a fourth dose, of which 92 died of a new coronavirus infection. On the other hand, there were 232 people who had been vaccinated only three times. The results show that the second booster dose reduces mortality by 78% compared to a single booster dose.

Jeterina's focus is on a study examining the effectiveness of a fourth dose to younger health care workers rather than middle-aged and older people. This study confirmed that antibody levels were significantly reduced 5 months after the third inoculation. 'Unfortunately, in a group of young healthcare professionals, the effectiveness of the fourth dose was the same as the third dose, which means that young and healthy people were given the same booster twice,' said Jeterina. But it may not make sense. ' 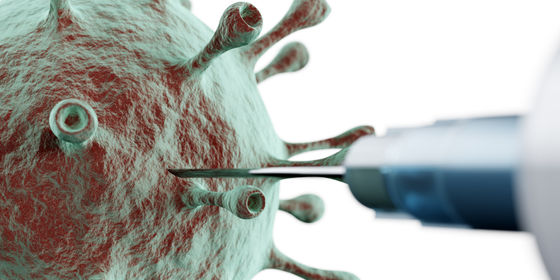 ◆ Summary
As a summary of the above findings, Jeterina has strong evidence that a fourth dose, a second booster dose, will certainly protect people vulnerable to new coronavirus infections, including those over the age of 60. Therefore, for those people, it would be reasonable to get a second booster, but much more importantly, many people get a first, second, and third dose. ' He said that while recommending a second booster dose for those at high risk, others should be thoroughly vaccinated with the first to third doses first.