Obviously Elon Musk is playing Elden Ring, what is the millionaire's playstyle? 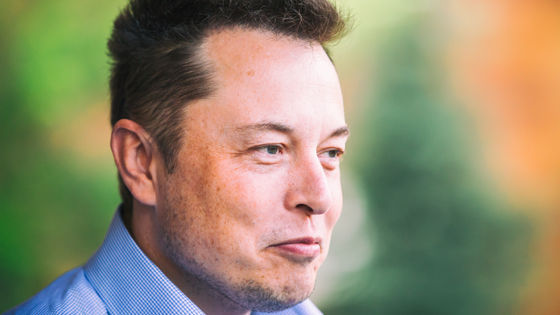 Elon Musk, a businessman who is making a noise with the acquisition of Twitter, commented on pop culture, ' I like your name. ' 'I can't wait for Genshin ' ' I like Fallout and civilization .' The 'nerd' is widely known. Mr. Musk has released the play style of ' ELDEN RING ' on Twitter.

On May 9, 2022, Mr. Musk saw an image of the Hisham Palace in Palestine and commented, 'It looks like Elden Ring.' The user who responded to this comment asked Mr. Musk, 'Which build are you playing?', And Mr. Musk responded.

'Tree of Life' mosaic from Hisham's Palace, built in the 8th century. CE in Jericho by the Umayyad Caliphate. Pic.twitter.com/1OCAtrMOvv

Mr. Musk's style is a so-called magic swordfighter build that improves the status of intelligence and skill. It seems that he has a shield in his left hand and uses a wand main in his right hand while switching between rapier and nails. Regarding armor, it is changed to medium weight class when emphasizing rolling, and heavy weight class when it withstands attacks, and Talisman says that he frequently changes it. Mr. Musk continued, 'It is important to have a series of low firepower to stack the damage. Summon!'

Change armor from heavy to medium for fast roll or tank.

Move talismans around a lot.

Many small hits in a row to damage stack is important.

However, game media Kotaku blames this playstyle as 'not very meaningful.' 'It seems that the gray matter of the frontal lobe of the brain turns into mustard if you have assets of 250 billion dollars (about 32 trillion yen),' he commented on each play style.

According to Kotaku, first of all, the magic build is a general and strong build that emphasizes magic. The skill will increase the magic casting speed a little, and the weapons that match the skill build are usually lightweight and there are many types, so compatibility is perfect. However, Kotaku commented that it would be difficult for Mr. Musk to maximize his strength because he has equipped four weapons with both hands. He said that a play style that switches weapons quickly is also a waste of time and disadvantageous in combat.

Next, Kotaku pointed out that 'armor is switched depending on the situation.' Kotaku says, 'If you build like Mr. Musk, you should cast magic from a distance. Of course, it is good to equip armor with poison resistance depending on the specific situation, but if you make the character heavier like Mr. Musk, It's hard to avoid rolling. It's a waste of time to change your armor for rolling. Don't do that. ' Replacing the Talisman isn't that big of a problem, but rather it's good because there may be new discoveries, Kotaku said.

As for Musk's words, 'Low firepower is important,' Kotaku said, 'I'm not sure what to say. As far as I know, back stubs (a deadly blow from behind, a critical attack). There is no scene where 'low firepower continuous attack' is required more than performing a normal attack at the right time. It may be said that you can use 'double-edged talisman' that increases the power of the final attack of continuous attack. I don't know, but I don't know. '

Kotaku commented, ''Summon!' Is the only correct thing. If you get stuck in the Elden Ring, you can ask for help from the ghost in your pocket.' Kotaku concludes, 'I think there are many people who are inspired by Mr. Musk, but it may be better not to refer to Mr. Musk when it comes to building Elden Ring.' 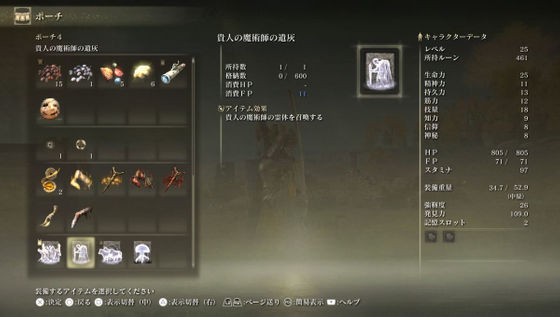