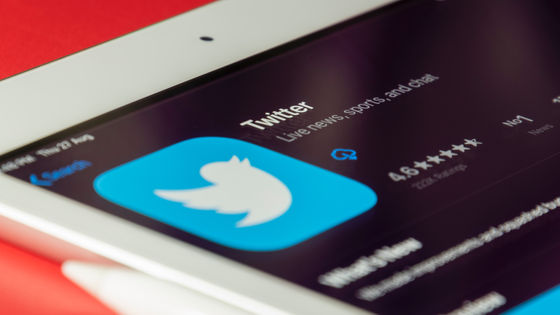 What Twitter's open-source arm has been working on • The Register
https://www.theregister.com/2022/05/05/bluesky_update/

ADX developed by Bluesky is not a protocol that is the basis of a specific SNS platform, but a protocol that makes user-published content available on any platform that uses ADX. In the current centralized SNS, user data is owned by the platform side, but in the decentralized SNS listed by ADX, user data is stored in the 'personal data repository' owned by the user himself, and inside this repository. The feature is that it strictly separates two types, 'speech' that retains data in the repository and 'reach' that passes data to a specific platform.

ADX released by Bluesky this time is positioned as an initial test version as the word 'eXperiment (experiment)' included in the name indicates, 'It is not compatible with the production environment' 'It is not even an alpha version, let alone a product version' 'The interface and data structure are subject to drastic changes.' 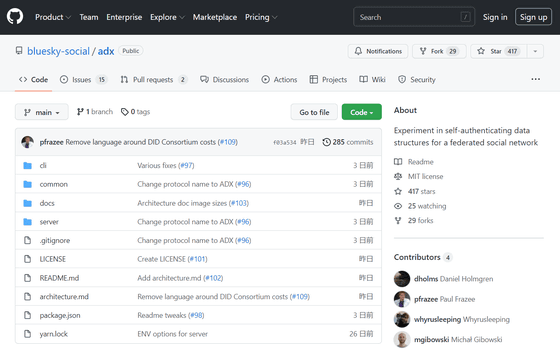 Bluesky said, 'As part of the research process, I wrote the code to validate ideas and discover edge cases,' explaining why it was released in the initial test version, to deepen the understanding of the current efforts. Commented that it was released for. 'This demo is like'Git for social posts',' he said. 'Please feel free to play.'

Regarding the current situation where Twitter is actively reported due to the acquisition by Mr. Elon Musk, Bluesky said, 'We received funding of 13 million dollars (1.7 billion yen) from Twitter, and former Twitter CEO Jack Dorsey. Has been appointed to the board, and while a former Twitter security engineer is also on the team, Twitter funding is not subject to any conditions, ensuring freedom and independence. ' increase.

The “public benefit” part of our structure gives us the freedom to put our resources towards our mission without an obligation to return money to shareholders. The company is owned by the team itself, without any controlling stake held by Twitter.