AliceVision , a photogrammetry framework that provides 3D reconstruction and camera tracking algorithms. Meshroom has been released for Windows and Linux and can be installed for free.

You can see what kind of software Meshroom is by watching the following movie.


Meshroom is a photogrammetry software developed in collaboration with multiple universities and laboratories. For example, if you take the following statues with a camera from various directions and reconstruct them in 3D with Meshroom ... It is possible to generate data that can be output by a 3D printer. Just by taking a picture or video, you can prepare data that can be printed with a 3D printer as shown below. Photos and videos can be taken from 360 degrees so as to surround the figure, and from various angles. When shooting with a single-lens reflex camera, set the F value to 6-9 so that the entire figure is in focus. The point is not to move the figure itself. Ideally, you should take 50 to 60 photos. When you import multiple photos into Meshroom ... 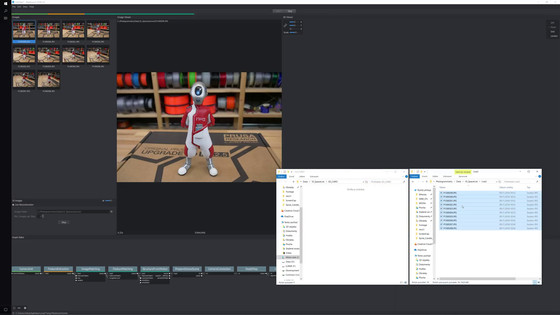 As shown below, the direction in which the picture was taken for one model and the distance between the camera and the figure are automatically calculated and reconstructed into a 3D model. 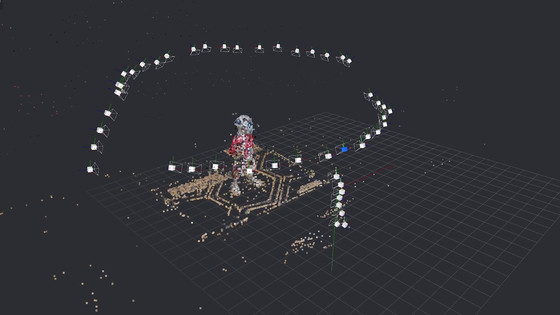 Of course, the more photos you load, the more accurate your 3D reconstruction will be. It is possible to scan not only figures but also statues outdoors. The ideal target for 3D reconstruction is a three-dimensional object with a rough and rough surface texture, such as a bronze statue. However, when taking outdoor photographs, it is better to aim for cloudy days so that shadows do not appear clearly on three-dimensional objects. Also, the photos used for 3D reconstruction can be taken with different cameras. 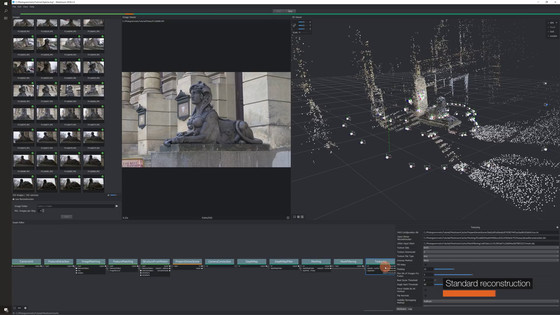 The 3D model reconstructed with Meshroom can be output as a

Wavefront .obj file . When loaded into the free slicer Slic3r , it looks like this. 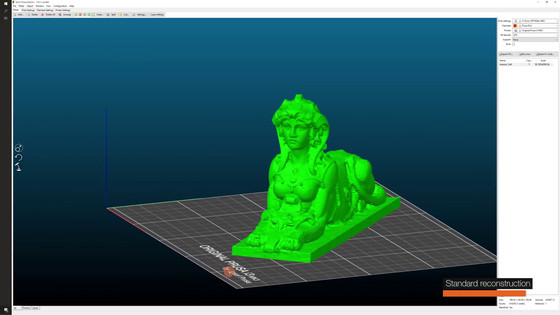 A side-by-side comparison of the output figure and the original figure. The following is the data reconstructed from the photograph of the statue and output by a 3D printer. Also, in the following movie, you can see how Meshroom is used to reconstruct the back of a tree in 3D.


Meshroom has been released for Windows and Linux. However, on the official website, 'In order to make full use of Meshroom, we recommend NVIDIA CUDA compatible GPU. Binaries are built with CUDA Toolkit 10 and support Compute Capability 3.0 to 7.5. Compatible NVIDIA If you don't have a GPU, you can only use 'Draft Meshing' for 3D reconstruction. 'As it says, you can only use all the functions on a machine with an NVIDIA GPU, so be careful.