While numerous studies are being conducted as a measure against climate change, it has become clear

that a large amount of carbon dioxide is emitted during livestock and rice production, and it is necessary to change dietary habits in order to control climate change. It has been pointed out. A new research team from the University of Helsinki has announced that 'instead of meat, plant-derived synthetic or cultured meat can reduce carbon dioxide emissions by 80%.'

How researchers say we can help fight climate change at mealtime
https://www.usatoday.com/story/tech/science/2022/04/25/climate-change-food-systems-finland/7389885001/

The process from food production to consumption involves the process of emitting carbon dioxide, such as the use of agricultural machinery, the spraying of fertilizer, and the transportation of food. In particular, it is known that a large amount of carbon dioxide is emitted when producing meat such as beef, pork, and chicken, and new breeding methods are being developed to reduce carbon dioxide emissions, and proteins that can replace meat are used. The spread of sources is needed.

How much impact does meat and rice production have on climate change? --GIGAZINE 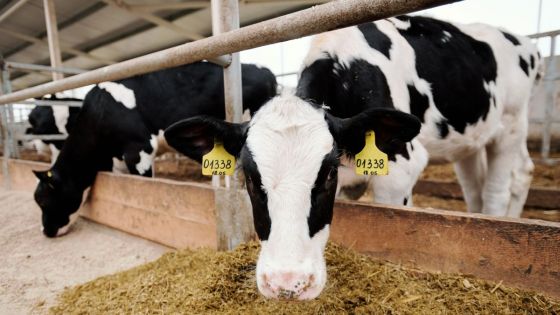 As a protein source that can replace meat, insects, plant-derived synthetic meat, and cultured meat have become a hot topic, and even in Japan, an environment where you can easily enjoy plant-derived meat is beginning to be established at fast food stores. Estimates made by the research team have shown that replacing animal foods such as meat and milk with alternative foods such as those mentioned above can reduce carbon dioxide emissions by 80%. In addition, this calculation also shows that carbon dioxide emissions can be reduced by 60% simply by reducing meat consumption without switching to alternative foods.